The Board of Directors of The Broadmoor Pikes Peak International Hill Climb Brought to you by Gran Turismo has released a general overview for the structure of the 2016 event in preparation for the 100th Anniversary race scheduled for June 26, 2016. 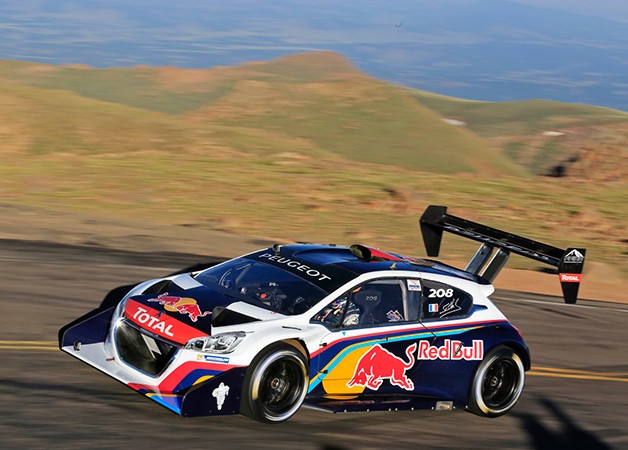 One of the largest changes to improve the event also known as the Race to the Clouds is the decision to limit the field of invited competitors to approximately 100, with the field projected to consist of 33 motorcycle and 67 car entries. Event organizers made the decision to limit the field of participants in an effort to provide competitors with more practice time throughout the week and create a more efficient event on Race Day where poor weather would be less of a factor.

The invited field was determined based on information provided by potential participants to the PPIHC during the request for invitation process.  The Broadmoor PPIHC Selection Committee will use a variety of factors including racing resume, vehicle eligibility, PPIHC racing history and racing references to select the invited field of participants. Those submitting requests will either be invited to participate, declined an invitation, or placed on a waitlist to fill empty spots in the field pending withdrawals from the invited field between January 29 and June 13, 2016.

The 94th Running of The Broadmoor PPIHC will also feature a $100,000 purse, the largest in recent history. Three-quarters of the purse will be allocated to purse eligible divisions and classes while the remaining $25,000 has been reserved for competitor(s) who complete the race in less than eight minutes, with a maximum of $10,000 going to an individual.

Major rule changes have also been made to various divisions and classes included in the 2016 race, most notably in the Time Attack 2 Production Division and Pikes Peak Challenge – Vintage Car/Truck Class. The Time Attack 2 Production Division (TA2) has been modified to create further separation between TA2 and Time Attack 1 by creating a division focused on production vehicles. Pikes Peak is the ultimate proving ground for developing advancements in automotive technology and The Broadmoor PPIHC has created a modern day stock car to give manufactures a platform to display the capabilities of their vehicles. The Broadmoor PPIHC’s Vintage Class will now allow vehicles manufactured prior to 1995, but only those with significant history from PPIHC competition. By restructuring the eligibility requirements for the Vintage Class The Broadmoor PPIHC hopes to celebrate the race’s rich history by attracting the interest of Pikes Peak legends and the owners of iconic hill climb racecars.

The Broadmoor PPIHC Race Day will once again feature the motorcycle program to kick off competition and be followed by the car program. New to 2016 the annual awards ceremony will no longer be held on the mountain after the completion of the race; instead a Breakfast of Champions will take place the morning of Monday, June 27th at a location that has yet to be determined.

WHAT IS THE BROADMOOR PPIHC?

The Broadmoor Pikes Peak International Hill Climb Brought to you by Gran Turismo, also known as The Race to the Clouds, is an annual invitational automobile and motorcycle hill climb to the summit of Pikes Peak – America’s Mountain in Colorado, USA every year on the last Sunday of June.

Founded in 1916 by Spencer Penrose (also the founder of The Broadmoor Hotel, Pikes Peak Highway and El Pomar Foundation), The Broadmoor PPIHC takes place on a 12.42 mile (19.99 km) public toll-road boasting 156 turns, while competitors climb 4,720 ft. (1,440 m.) from the 9,390 ft. (2,862 m.) Start Line at Mile 7 marker on the Pikes Peak Highway to the 14,115 ft. (4,300 m) Finish Line at the mountain’s summit. As the drivers climb toward the summit, the thin air slows reflexes and saps competitor’s mental and muscle strength in addition to robbing internal combustion engines of up to 30% of the power they are capable of at the Start Line. Competitors and vehicles must be in top shape and condition simply to finish, let alone win.

The race is self-sanctioned and is the most diverse one day motorsports event in the world with everything from Sidecars, Motorcycles, Semi-Trucks, and 1,400+horsepower Electric and Unlimited Racers being able to compete in the same event.