The 2018 Total 24 Hours of Spa has unveiled the event’s 2018 poster, themed as a birthday card to mark the 70th running of the race.First run in 1924, 12 manufacturers will be present at this year’s event. 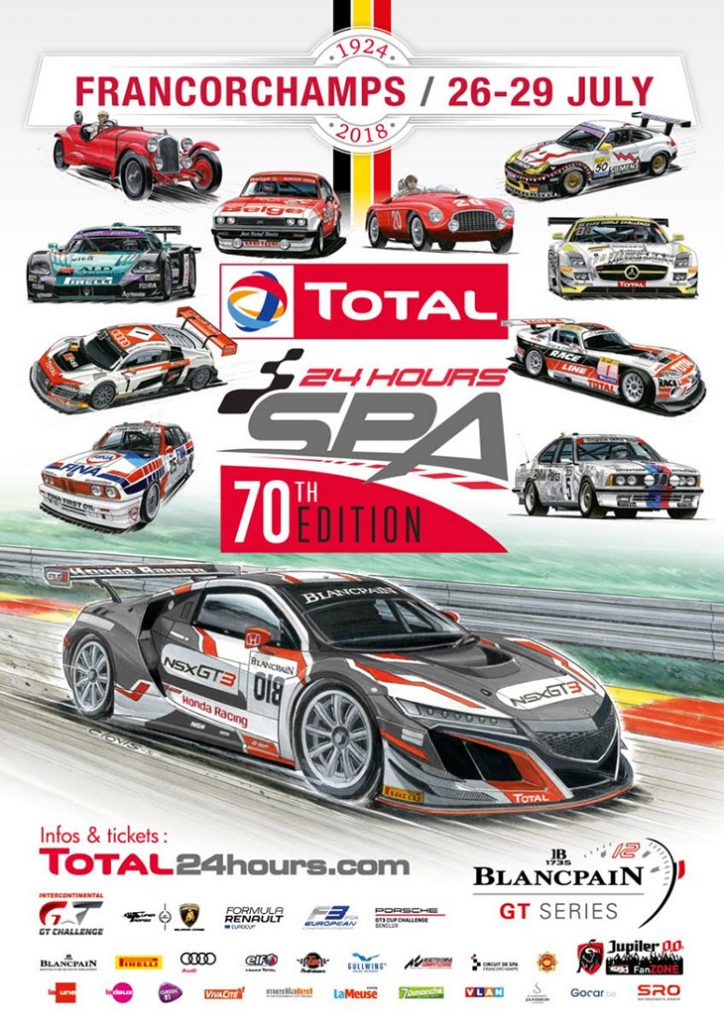 Honda’s NSX GT3 will line up alongside established machinery from Aston Martin, Audi, BMW, Ferrari, Lamborghini, McLaren, Mercedes-AMG and Porsche. There will also be new-spec cars on the grid thanks to Nissan and Bentley, while Lexus will make their debut at the Total 24 Hours of Spa.

“We are the guardians of a legend,” explained Laurent Gaudin, General Manager of the Total 24 Hours of Spa. “This race has a soul, which comes from its illustrious past.

“For the 70th edition, we wanted to create a poster in the style of a birthday card, allowing everyone to remember the greatest moments from the event’s long history.

“At the same time, the presence of the Honda NSX GT3, which brings a 12th manufacturer to the gird, also symbolises the present and the future of the race.” The poster features a special logo created for the 70th running, while the event’s history is represented by images of several cars that have triumphed in the Belgian Ardennes. The period between the two World Wars, the touring car era and the increased international flavour that followed the switch to GT racing in 2001 are all acknowledged.

“With this poster, we want to wish a happy birthday to the Total 24 Hours of Spa,” added Laurent Gaudin. “We invite fans to come and celebrate this grand old lady with us at the end of July.