The defending FIA World Rally Championship winner headed into Sunday with a comfortable 11.7 seconds lead and although he didn’t win any of the day’s five stages, he completed his win by an increased 22.2 seconds margin despite suffering a huge scare on stage 16.

He ran wide on a fast right-hand corner and ended up travelling through a ditch at high speed, but remarkably got away with no damage and barely any dropped time.

At the top of the stage times were the Toyotas of Ogier, Kalle Rovanperä and Elfyn Evans. All three cars had significant setup changes overnight and it seemingly worked as well as they were hoping for.

Frenchman Ogier won both SS14 and 15 and by the end of the Power Stage was just 4.8 seconds behind Breen, but did admit he was more than happy with a podium finish.

Ogier was less than five seconds behind Breen by the end of the rally. Photo Credit: Jaanus Ree/Red Bull Content Pool

Rovanperä’s rally had been affected late on Saturday evening after he was given a one-minute time penalty when co-driver Jonne Halttunen had removed the radiator blanking plate of the Yaris WRC in the time control area.

The news of the penalty meant any potential battle between him and Evans for fourth wasn’t going to realistically happen, despite the young Finn going on to win three of the days stages including a storming Power Stage victory.

Thierry Neuville returned to action with the sole aim of scoring Power Stage points, but a technical problem on the final test resulted in the Belgian scoring no points; the result could prove vital with only three more scheduled rounds to go in 2020.

Drama also struck Takamoto Katsuta early in the day. The Japanese driver rolled out of the event on the first run through Kaagvere after, like Neuville yesterday, he ran wide on the exit of a corner and clipped something in a ditch.

Pierre Louis-Loubet’s top-level WRC debut was also cut short. He pulled over on the same stage as Katsuta’s accident with a broken steering arm and he retired as a result.

All three had a trouble-free day, with Suninen getting the better of the former Citroen driver on the penultimate stage. The team have already admitted that are hoping for a stronger performance in Turkey in two weeks’ time.

Mads Østberg secured a dominating win in the WRC2 class, eventually winning aboard the redeveloped Citroen C3 R5 by nearly a minute and a half.

The Power Stage saw problems for his rival Nikolay Gryazin however, as he was leapfrogged by both Adrien Fourmaux and Pontus Tidemand due to the Russian driver suffering a puncture early in the stage. 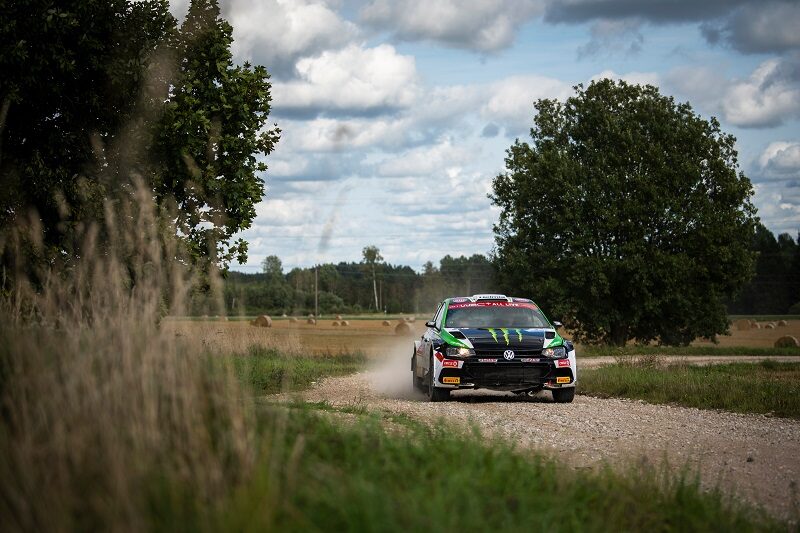 The close battle in the FIA Junior WRC class saw another twist on Sunday, as overnight leader Robert Virves dropped nearly 40 seconds on stage 14. This enabled rival Martins Sesks to take the lead and he stayed there until the end of the event. He won by 14.7 seconds ahead of Sami Pajari with Virves only salvaging third.