Despite getting the go-ahead, Alonso will need further checks

Fernando Alonso has been cleared by the FIA to race in the Chinese Grand Prix — but the Spaniard will face further checks after he takes part in Friday’s Formula One practice session to see if he can deal with driving at speed and whether g-forces have affected his rib injury. 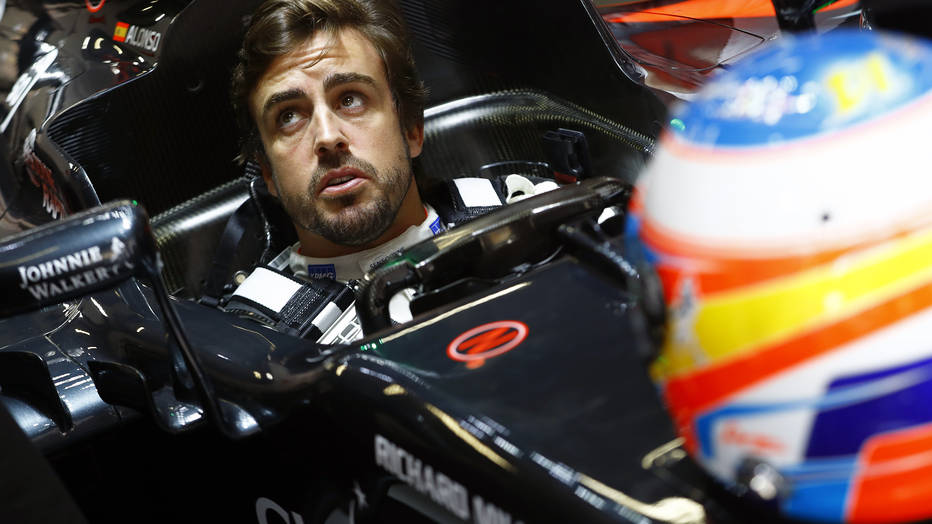 Stoffel Vandoorne, who raced Alonso’s car in Bahrain after the former World Champion’s crash in Australia, remains on standby in Shanghai.
There was an extensive debate between the FIA and McLaren today regarding the paperwork and also the regulatory framework related to a driver returning from injury, with the FIA citing both its International Sporting Code as well as the F1 Sporting Regulations in an announcement that was worded in complex legal terms that left even F1 veterans baffled.
In it the FIA confirmed that Alonso will have to undergo a further examination after FP1 before being cleared to compete for the rest of the weekend. It said: “He is instructed by the FIA medical delegate and chief medical officer to undergo a further examination immediately following FP1 to determine his further eligibility to take part in the remainder of the event.”

Stoffel Vandoorne is on standby to drive for McLaren in the Chinese Grand Prix, depending on the outcome of an FIA medical check for Fernando Alonso on Thursday morning. GP2 champion Vandoorne, …

Earlier today Alonso told the media that he felt a lot better than in Bahrain, and he was confident that he would be allowed to race.
“I feel good, I feel okay,” he said. “Honestly, in Bahrain I was mentally 100% ready to race, but physically I had a lot of pain in Bahrain and I was ready to try at least and see if the pain was manageable or not with the rib broken. Now the situation has improved a lot. I am mentally 120% now and physically I am 100% with no pain at least in the last couple of days.
“I have been training with a more or less normal routine for the last two weeks, running, bicycle, golf and tennis – many sports that are a big change in approach for this race a bit more ready and fit. I did sleep okay for the last 2 weeks as well which was quite a good thing because in the first 10 days after Australia I could not sleep on one side which was not very comfortable. As I said from Bahrain to here a big improvement.”
He added: “The first one I want to be 100% is me, because it is my safety. I feel 100%. I guess they will feel I am 100%. I guess the normal thing, will be after first session that I feel okay because F1 is a very unique sport, it doesn’t matter what activity you do before racing, with the unique position I am sitting in, with the G-forces everything can change in the car so after the first couple of laps I will feel if I am okay from my side.
“And if it is okay from their side. That is the normal thing or logical thing to follow. If it is sooner or later, the written decision they are making. I this probably a longer process behind than what we think. For us as sportsman and media, it should be black and white and quite quickly, but there are some formal things that you need to follow sometimes.”
Read more: http://autoweek.com/article/formula-one/f1-driver-fernando-alonso-cleared-fia-race-chinese-grand-prix#ixzz45uVYtZLx