Heineken’s new sponsorship deal with Formula One has led to renewed calls from European campaigners for a ban on alcohol sponsorship in the sport.Eurocare, which groups together public-health and non-governmental organisations, said on Tuesday that it wants stronger legislation from the European Commission (EC) and member states. France, a country without a Formula One grand prix, already bans alcohol sponsorship of sporting events. 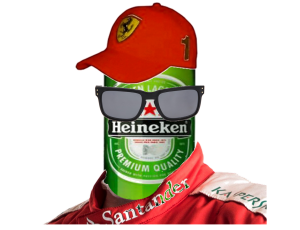 “F1 should ask themselves if they want to be a motorsport or an alcohol brand event,” said Eurocare’s general secretary, Mariann Skar, in a statement that estimated the Heineken deal, announced last week, to be worth $150m to F1 over five years. “If both the sport and the drinks producers want to be seen as responsible industries, they should stop this deal and move away from alcohol sponsorship in F1.”

Todt, a Frenchman and former Ferrari principal, has made reducing the number of motoring fatalities a cornerstone of his presidency and is a United Nations special envoy for road safety. “We would like to remind you that drink-driving is one of the key killers on the road. It is therefore worrying that F1 is now bringing the link between alcohol brands and motor sport even closer together,” the letter said.

“We would like to request that you take this issue seriously and consider moving away from these sponsorship agreements, as you did with tobacco sponsorship.”

Tobacco companies were big backers of F1 until it kicked the habit in 2008, although the Philip Morris brand Marlboro remains a Ferrari partner without on-car branding.

A report published by Eurocare last year analysed the 2014 showcase Monaco Grand Prix, one of the most-watched races of the season, for alcohol brand exposure and found viewers received an average of 11 references per minute over two hours.

Ferrari, Williams, McLaren and Force India all have alcohol branding, while Diageo’s Johnnie Walker has been Formula One’s official whisky since 2014, with considerable trackside advertising.

Formula One, with most other motorsport series, also has a podium ceremony that involves the spraying of Champagne or sparkling wine – with the exception of races in the Islamic world.

Heineken has said the F1 partnership will promote the brewer’s “If You Drive, Never Drink” campaign.