Mark Cronje in the Ford Racing Ford Fiesta has shown that he is back on form when the Toyota Cape Dearler Rally started in Cape Town today. Cronje, who has not had a very good season so far and is trailing Leeroy Poulter in the Team Castrol Toyota Yaris, in the championship, is not going to make it easy for anybody to win the title this year. 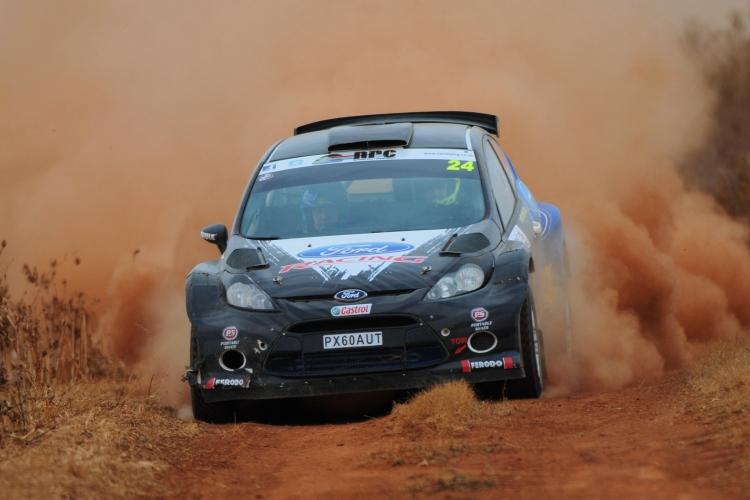 He showed that, as usual, he meant business, by winning the first two stages on the event. He beat Poulter by 0.3 sec on the first stage and on the second sere already wet and rain fell at times.

tage he increased his lead to 9.3 sec.

The inclement weather in Cape Town makes it very difficult to actually guage what is waiting over the weekend. In some places the stages  were wet and the arai9n fell at times.

After stage two Cronje had a time for the two stages of 14:46.0. Poulter was second 9.3sec behind, followed in third position by EnzoKuu in the Japie van Niekerk NAN Ford Fiesta  +11.7.Giniel de Villiers was fourth in the Imperial Toyota Yaris trailing the leading pair by 25.5 zsec

He was followed in sixth position by Hergen Fekken in a Team Castrol Toyota Yaris who is first on the road and cleaning the stages for the cars behind him., His time was 43.4 sec slower than that of Cronje.

In 8th 0verall  after the two stages was Hans Weijs in a Sasolracing Volkswagen 1:02.5 off the pace of the leading car. Next up was Theo Himmel also in a Volkswagen +16.1.

The rally is the sixth round of the South African Rally Championship and is being held over 12 stages with a total stage distance of 175km.

Today’s action will be concluded with two very short spectactator stages at Cape Gate. The total distance of todays stages was 46.83.