Skip to content
Hyundai Motorsport has outlined its intentions to compete once again at the very forefront of the FIA World Rally Championship (WRC), with its sights set firmly on the manufacturers’ and drivers’ titles.The team finished as runners-up in 2018, for the third time in a row, having taken the title fight down to the wire. In one of the closest, most hotly contested seasons in recent years, a three-way battle was only concluded at the season finale in Australia.

Led by a new team director, Andrea Adamo, running a revised crew line-up that includes nine-time WRC champions Sébastien Loeb and Daniel Elena as new recruits, and with an extended calendar of 14 rounds in 2019, Hyundai Motorsport will aim to revisit the competitive form that helped it score three victories and 11 podium finishes last season. 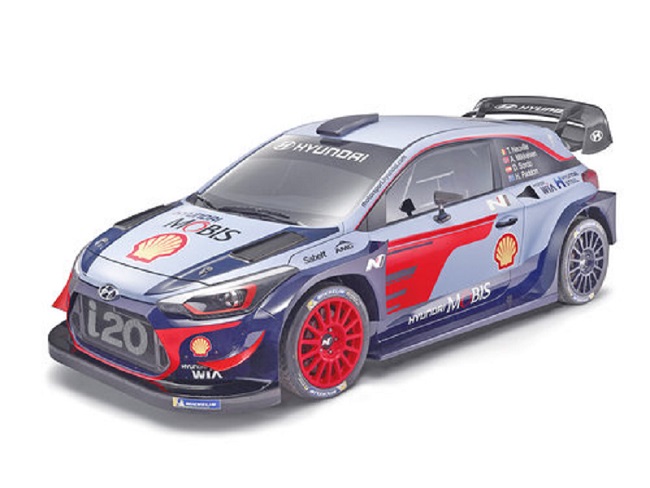 “Our objectives for WRC remain the same as they have been for the past years, namely to fight for the manufacturers’ and drivers’ titles,” said Adamo. “This is important for Hyundai and our N brand. The WRC is incredibly competitive and the other teams will want to approach the new season with the same winning mind-set. We have to make sure we’re delivering and performing at our best at all times.”

With WRC’s regulations remaining stable, the team has been able to evolve the technical foundations of its rally winning Hyundai i20 Coupe WRC. All aspects of the car have been rigorously assessed in order to perform consistently across all terrains in the coming season. A brand-new event in Chile will join the existing events.

Three Hyundai i20 Coupe WRC cars will compete in each of the 14 rounds on the calendar in 2019. Last year’s vice champions Thierry Neuville and Nicolas Gilsoul will be joined by Norwegian crew Andreas Mikkelsen and Anders Jæger-Amland in all events. Dani Sordo and Carlos del Barrio – twice podium scorers last season – will take part in eight events, starting at Rally México. Sébastien Loeb and Daniel Elena have joined Hyundai Motorsport on a two-year contract, with a six-round program for 2019 commencing at Rallye Monte-Carlo. “I am pleased to be joining such a great line-up of crews for my first season with Hyundai Motorsport,” said Loeb.

“It is clear to me that the car was a competitive package in 2018, which enabled the team to fight for the championship titles right to the very end. It promises to be a great season. I hope I can get up to speed with the Hyundai i20 Coupe WRC quickly and be able to show competitive pace.”

Hyundai Motorsport continues to rely on the support of its proven partners, including title sponsors Shell and Hyundai Mobis. Running under the Hyundai Shell Mobis World Rally Team banner for 2019, the team has also added new partners to its programme with Open Location Platform company HERE Technologies, and international watch brand Jacques Lemans.