They don’t horse around in NASCAR as the stock-car circuit’s Super Bowl is the first race of the season every year: the Daytona 500. The 59th running of the Great American Race is this Sunday from the east coast of Florida and Dale Earnhardt Jr. is the betting favorite for Sports Interaction’s Daytona 500 odds. 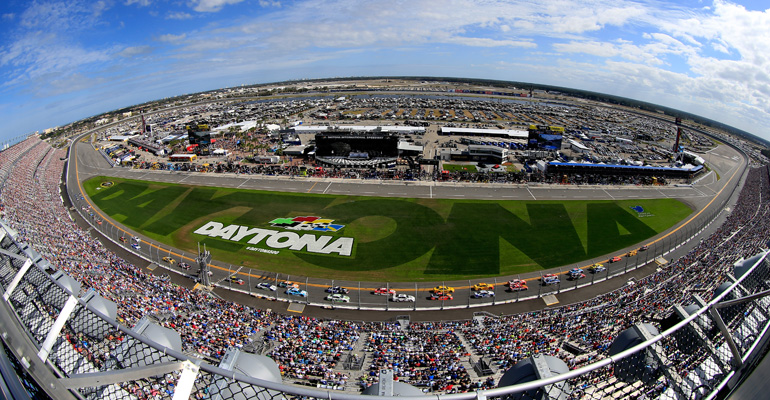 As of now, we only know two drivers’ spots in the field Sunday. Starting on the pole at the Daytona 500 is 21-year-old Chase Elliott, the son of Hall of Fame driver and two-time Daytona 500 winner Bill Elliott. In qualifying Sunday, Chase Elliott had the fastest lap of 192.872 mph, just edging out Hendrick Motorsports teammate Earnhardt Jr (192.864), who will start next to Elliott.

The rest of the field will be set at Thursday night’s Can-Am Duels. Those are two 60-lap, 150-mile races. It’s the third straight year that the No. 24 car starts on the pole: the now-retired Jeff Gordon also won it in 2015. Keep in mind that if either Elliott or Earnhardt wrecks his primary car in practices this week, then he will go to the back of the field.

Elliott is the 10th driver to win more than one pole for the Daytona 500. His father did it four times. Jimmie Johnson is the only other active driver to win it twice. Elliott lasted only 19 laps a year ago before car troubles ended his day. He is +1400 to win. No driver has taken the Daytona 500 from the pole since 2000.

Earnhardt, like his late father was, is considered the best restrictor-plate racer in NASCAR. Those are used only at Daytona and Talladega. Plates help keeps speeds down, relatively speaking, but that means the cars are more bunched up and there are often multi-car wrecks. Earnhardt is priced at +600 to win his third Daytona 500. He leads all active drivers with four wins at the track, the other two coming in the summer race. His wins in the Daytona 500 came from starting positions of third (in 2004) and ninth (’14). Earnhardt’s career average finish of 13.6 in all races at Daytona is second-best among active drivers. Junior missed the final 18 races last year with concussion-like symptoms. One more concussion, and his career could be over.

The defending champion is Denny Hamlin, who became the first driver in a Toyota to win the Daytona 500. Hamlin crossed the finish line ahead of Martin Truex Jr. by one-hundredth of a second (0.010) in the closest finish in the race’s history. Hamlin’s Joe Gibbs Racing teammates Kyle Busch and Carl Edwards finished third and fifth, respectively. Last month, Edwards shockingly retired. Only three drivers have repeated in the race and Hamlin is +1000.

In last Sunday’s exhibition Clash at Daytona, Hamlin was leading the 75-lap event when he wrecked with Brad Keselowski just after taking the white flag for the final lap. Joey Logano would win. Team Penske and Ford have now won four in a row in NASCAR’s restrictor-plate races. Keselowski (+800) won at Daytona last July, and he and Logano (+1200) each won races at Talladega in 2016.

Jimmie Johnson, who won his seventh NASCAR points title last year, is at +1200. He has three career wins at Daytona and won this race last in 2013.

There are two major changes in NASCAR this year. First off, the series is no longer sponsored by Sprint but now Monster Energy. And in an attempt to boost sagging ratings and attendance, NASCAR overhauled the actual racing at all tracks. There are segments broken up over three periods and those will differ by track. For the Daytona 500, the stages are scheduled to end on Lap 60, Lap 120 and Lap 200.

Stage 1 and Stage 2 rewards drivers who are leading, or in the Top 10, at the end of each stage with additional championship points. Also at the conclusion of Stage 1 and Stage 2, there is a caution period for drivers to come down pit road if they choose. Green-flag restarts will begin the next segment. The Final Stage will determine the race winner. Teams will also have limitations on crash repair.