Formula 1 chairman and CEO Chase Carey expects some races on the original 2020 calendar to be cancelled later in the year, and says the sport has other options if needed.

The first 10 rounds were either cancelled or postponed due to the COVID-19 pandemic, but F1 this week confirmed an eight-race European calendar starting in Austria in July. Of that schedule, only the Spanish Grand Prix is one of the earlier events that has been rearranged, leaving Bahrain, Vietnam, China, Canada and Azerbaijan as to be confirmed. 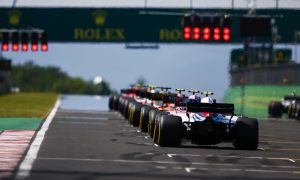 There is also uncertainty over the flyway races beyond August — including Singapore, Russia, Japan, the U.S., Mexico, Brazil and Abu Dhabi — and Carey sees some of those dropping off as F1 targets a final calendar of 15-18 rounds.

“We feel good about (the restart),” Carey said. “We’re in uncharted waters. We certainly continue to have a lack of visibility beyond a fairly short timeframe. We’re engaged with all our promoters and we’re in active discussion with all of them — all of them are struggling to have the same visibility.

“We’re not going to give a deadline right now. With the fluidity of the situation, a deadline would create pressures which may not be right and realistic for the situation so we’re thinking of goals. Our goal would be before the end of June to, if not complete the rest of the calendar, to have a handle on it. We know what we would like to try and do.

“We have other options if some things don’t come together. We do expect there are races which are on the calendar which will probably still not occur. I think we certainly have options.

With two events being held in Austria and Great Britain, if all the remaining flyaway races were rescheduled that would result in 20 races, but a number are looking unlikely. Of venues not on the original 2020 calendar, it is known F1 held talks with Hockenheim about potentially hosting a behind-closed-doors race if required.