It was another great stage on the 2019 Silk Way Rally for Toyota Gazoo Racing SA’s Nasser Al Attiyah and Mathieu Baumel as they managed to bring their SA-built Toyota Hilux home in first place on Stage 4 of the ten-stage event. This was their fourth consecutive stage victory, putting the Toyota crew 27min ahead of the field with six stages to go. 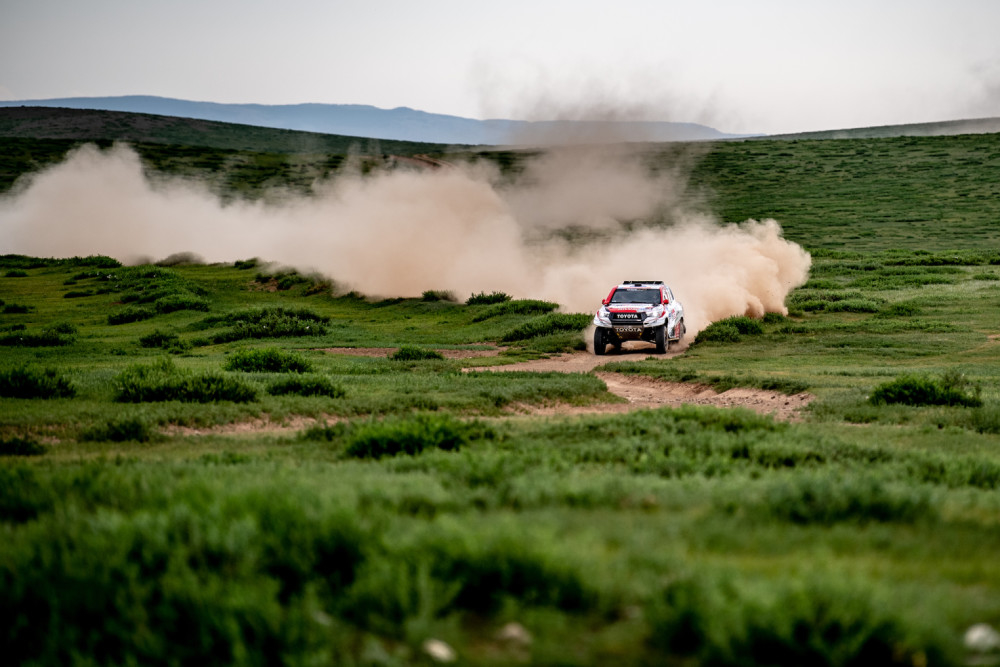 Stage 4 saw the crews complete a looped stage of 470 km, starting and finishing near the Mongolian capital of Ulaanbaatar. The terrain included 70% gravel, with a mix of sandy tracks and rocky traverses making up the balance.

“We opened the road again today, but quickly fell into a steady rhythm,” said Al Attiyah from Ulaanbaatar. “It is of critical importance to settle down quickly on a long stage like this one, and as a result we recorded a perfectly clear run despite some tricky spots.”

The pair carded a time of 3hrs 54min 16sec for Stage 4, besting fellow Toyota Hilux driver Erik van Loon (Netherlands) and navigator Sebastien Delaunay (France) by 4min 13sec. For the Dutchman, Stage 4 was the first clean run since his troubles in Stage 2, which saw the Toyota Hilux crew tumble down the order. They remain out of contention, despite their good result on Stage 4, but will continue to push for good stage times over the remainder of the race. 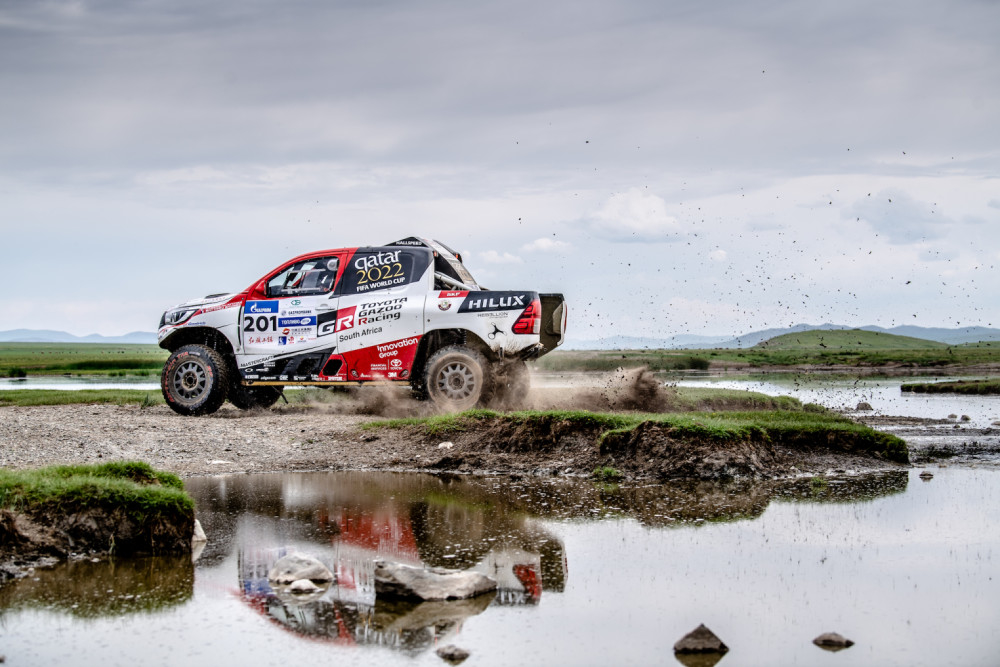 Next up is Stage five, which will take the rally into Mongolia’s signature tracks. Hills, steppes, off-piste driving and many parallel tracks promise to make this a stern test, and with a stage distance of 337km, anything can happen.

Stage 5 marks the mid-point of the race, with five more tough stages to come. Stage 6 will be the final racing stage to take place completely within Mongolia, before the rally crosses the Chinese border for the final stages. The race will finish in the Chinese city of Dunhuang on July 16th, after more than 5,000 km, ten stages and visiting three countries.