The future of Formula One engines continues to be high on the agenda this weekend in Abu Dhabi. As reported last week, the FIA has put plans for an alternative budget engine on hold after the manufacturers agreed to come up with proposals to address four key issues: the cost to customers, guarantee of supply to customers, engine noise, and a reduction in technology. 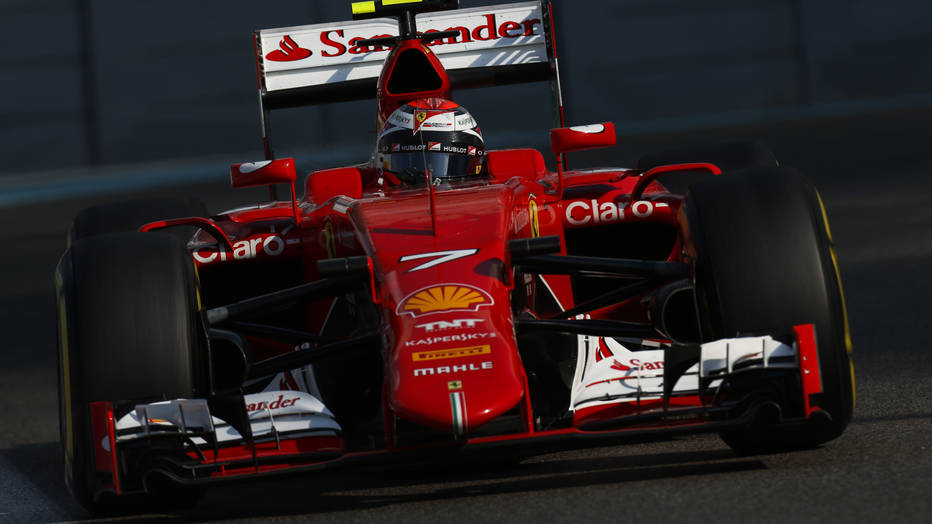 The first of what will no doubt be several meetings was held today, and it remains to be seen what solutions the manufacturers can come up with by the Jan. 16 deadline that the FIA has come up with.

One of the big problems is that there are two very different ideas about how much teams should pay for their engines. The view of Bernie Ecclestone and the FIA is that the manufacturers are in the sport for the marketing and research and development benefits they gain, and that their overall investment reflects that. The paying customers don’t get those benefits, so their supplies should be subsidised, goes the thinking.

In contrast, the manufacturers’ view is that they are spending hundreds of millions to make the best engine for their works team — why should lose more money by supplying rivals at considerably less than cost? That view explains why nobody was too keen to supply Red Bull with an engine for 2016. Why spend all that money and let a team of such potential have it at a cheap price? After all the board has to be convinced that F1 pays its way.

“It is a situation where all those big OEMs — like everyone else out there — is trimmed on efficiency,” says Mercedes F1 boss Toto Wolff. “And particularly the car industry is in a constant loop of margins, recalibrating margins, of trimming down costs. And F1, although it is part of the DNA what we do at Mercedes, because it’s around the car, it needs to have the right price for what you do and this is why you can’t just apply easy-going mentality and say it doesn’t matter if you spend a little bit more or a little bit less. It does because somebody will look at the numbers and somebody will make a decision whether it makes sense or not.

“And this is why we are aware that although we have this big mothership behind us, that it needs to be the right price, it needs to have the right value and we are monitoring that and if we are a having a bad race with a bad audience or not the right viewing numbers in terms of what you deliver to your partners, that’s being considered and that is how we operate.”

Renault’s Cyril Abiteboul warned that his company is not necessarily committed to F1, “At least for a manufacturer, which is a mainstream manufacturer, like Renault, and for which F1 has always been in the DNA but for which is not a must — there are many car makers that are very successful and are not in F1.
“So, we need to be extremely careful about whatever can, I would say, threaten or destabilize our business case in F1 and obviously subsidizing the cost of engines to independent teams — even though we appreciate it might be a necessity to be in the sport and to have a healthy sport but it is something that is endangering the business case.”

..This constant clash between the manufacturers and paying customers, with their very different agendas, means we are unlikely to get any dramatic solutions once the manufacturers have finished their deliberations. Everyone has a narrow view that reflects their own interests, and no one sees the bigger picture. Unfortunately, that’s the way F1 is and always has been.

“I suppose when you look at it, the teams have collectively been spectacularly incapable of coming up with solutions and sensible remedies to the problems,” said Red Bull boss Christian Horner. “And I think the problem we face in F1 is you’ve got vested interest. Within your own team you try to protect the elements that are your strengths, that offer you that competitiveness over your opponents. And I think this is where F1 has tripped over itself over previous years and indeed, the engine formula that we’ve ended up with today arguably is a mistake.

“It’s expensive. The technology is fantastic, but we’re not doing a great job of communicating that, and I think it’s put a situation where probably half the grid is currently insolvent. I think there’s a fundamental question that needs to be answered and that is: what should F1 be? I certainly believe that F1 should be entertainment. It should have a technological interest to it, but that needs the promoters and the owners of the sport, together with the regulators to decide what that product is, come up with a set of rules, not let engineers write those rules.

“They come up with those rules and put them in front of the teams and say ‘that’s what F1 is going to be and that’s what it should be for the future,’ and they need to bring in some people with the right skill set to be able to define what those regulations are.

“And there’s good people that aren’t currently in employment within teams at the moment that are impartial, that come up with a set of regulations that are in the best interests of F1, that’s going to provide the best show for the fans, for the public, for the paying spectators who are the backbone of what we do because without them there is no show, there is no F1 and we need to get F1 back to being a sport that is enthralling to the public.”

There’s a strong feeling from rivals teams that Mercedes doesn’t want to see any dramatic rule changes any time soon. After all, they have the winning formula right now — why risk losing it if the rules change? That may sound a little naive, but it’s what some team VIPs genuinely believe. We have new aero rules coming for 2017, and any engine changes look likely to wait until 2018, and that will suit Mercedes.

“I think if you are winning races, of course the show is perfect for you,” says Ferrari team boss Maurizio Arrivabene. “If you are not winning races, the show needs improvement. It’s normal. But I think at this stage, I’ve said so many, many times, we need to work all together, really to improve the show, to attract more spectator, especially on the segment, on the younger segment — and I think this is something, it’s an objective because the population of the world TV viewer, reader and so on is getting older and older and older and this is what we have to do.

“Of course, during the way you find it’s not an easy way to go because of course the people who have an advantage, they want to keep it. The people that doesn’t have any advantage, they are using sometimes this problem to criticize the overall system. I think with great cooperation between all of us, we can solve it.”

The bottom line is that the teams continue to argue about details of this and that, while always trying to find a way to maintain their competitive advantage. They sometimes lose sight of why everyone is here in the first place.

“What these cars achieve with 100 kilos of fuel and the fuel economy they are achieving is impressive,” says Horner. “But I’m not sure how many fans actually give a damn about that. I think that what they want to see is the drivers who need to be the heroes, racing wheel to wheel and competitive racing. Machines that are F1 cars are truly spectacular to drive and I think F1 is the pinnacle of motor sport and it’s competing against an awful lot of other sports that are now demanding television air time.