Today was the longest stage of the Balkan Offroad 2019, with three specials and a total itinerary of 650 kilometer between Starosel and Shkorpilovtsi on the coast of the Black Sea. As the assistance crew takes a refreshing bath and finds a place on the beach, the competitors are flying across the stages in a very fast chase across the Trakian Plain. 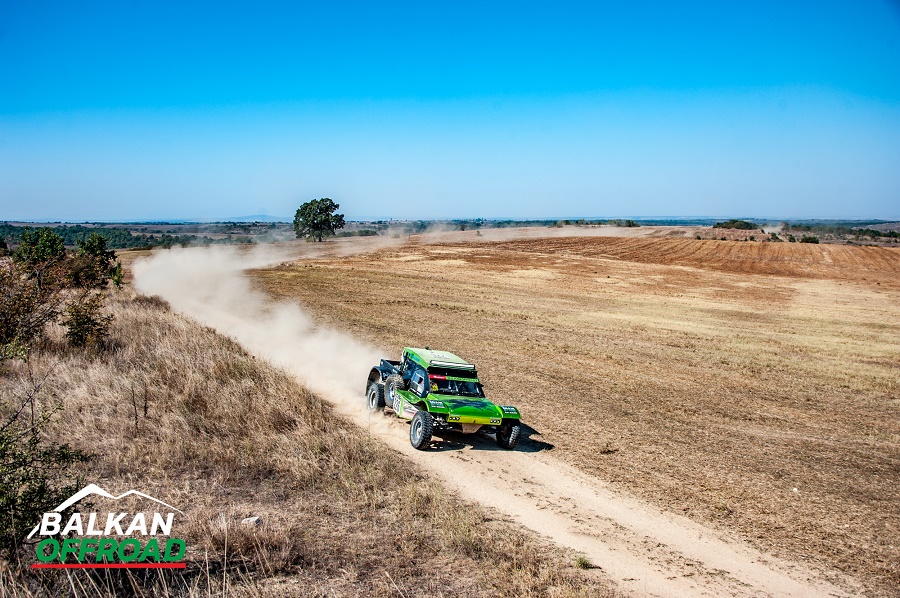 There is a smile on the face of Herman Jasper that will last for quite a while, as he wins his first stage this week, together with Evert Blaauw. “We really had to push to make this happen,” says Herman at the finish of the second stage today. “But it is so much fun to go flat out on these fantastic tracks!”

Desislav Slavchev and Margarita Staynova don’t look so aggressive as normal on the stage, but this is just appearance. “We are not slow!” says Margarita, “We are defending our place in the overall ranking. After today there are two more stages and we have a good position that we want to keep!”

Zornitsa Todorova and Tsanko Tsankov are the first to finish and happy to set the pace today. “Everyone thought a side by side would be too slow for these stages. But it was tricky enough for us to take the lead!” says a happy Zornitsa, who has found her mojo again after a few difficult days. 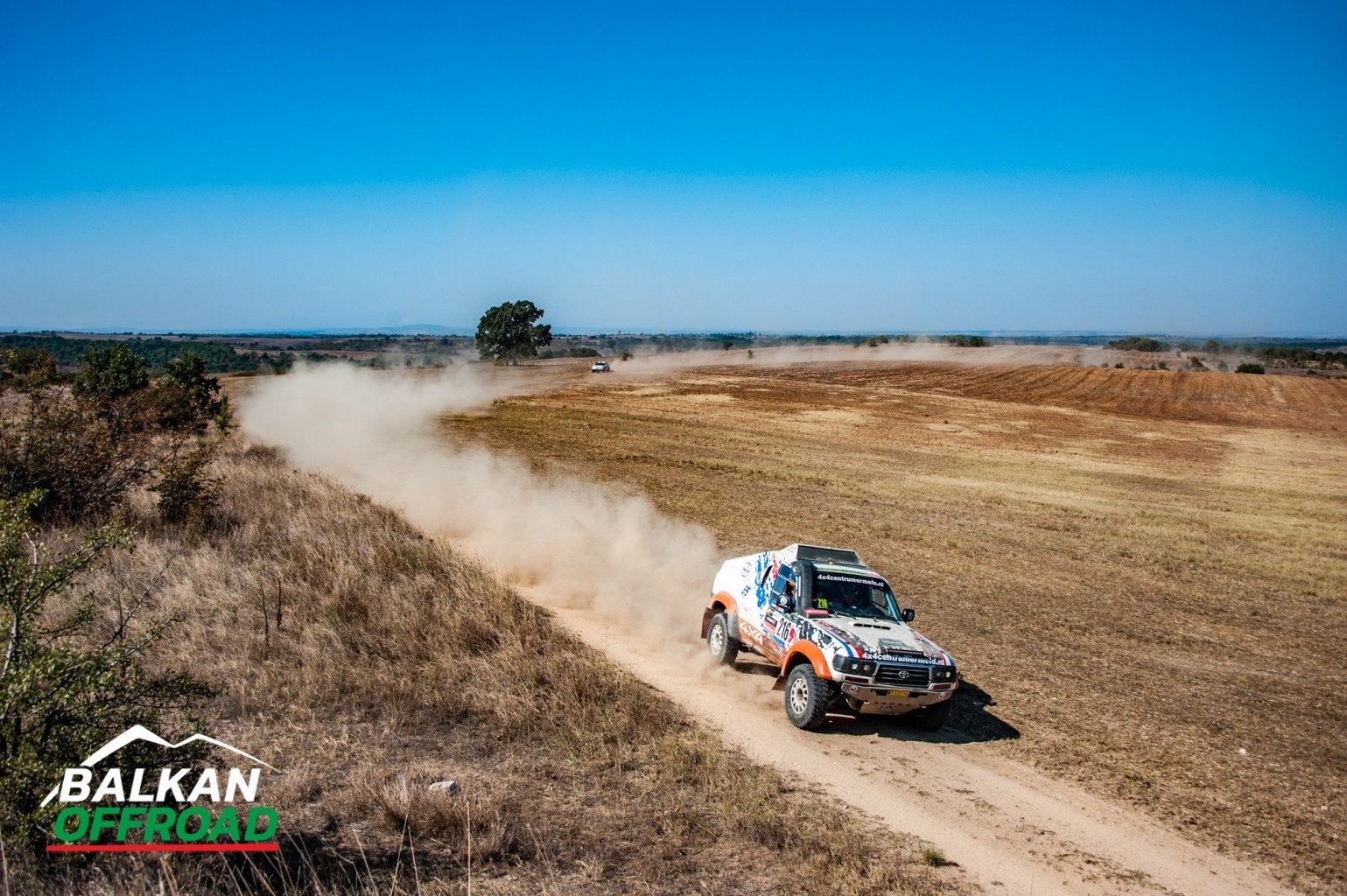 There were three specials today for the Cross Country, going from fast to faster. But still a lot of competitors run out of time due to the hairy navigation combined with hig speeds. It is a trap set by the roadbook team, to see if everyone is still paying attention. A driver who sees and open track with a cloud of dust in the distance, and a co-pilot who needs to control the basic drift to floor it and catch the competitor in front..

For the bikers it was a difficult day, with long hours in the saddle and the endurance of a long distance. Even though it is only the connection stage of a normal Dakar day, the 650 km were tough as nails. “I am simply not fast enough for such stages,” says Bram van der Woude, who is racing his Sherco. “For me a technical stage with difficult navigation is big fun, but today is too fast. 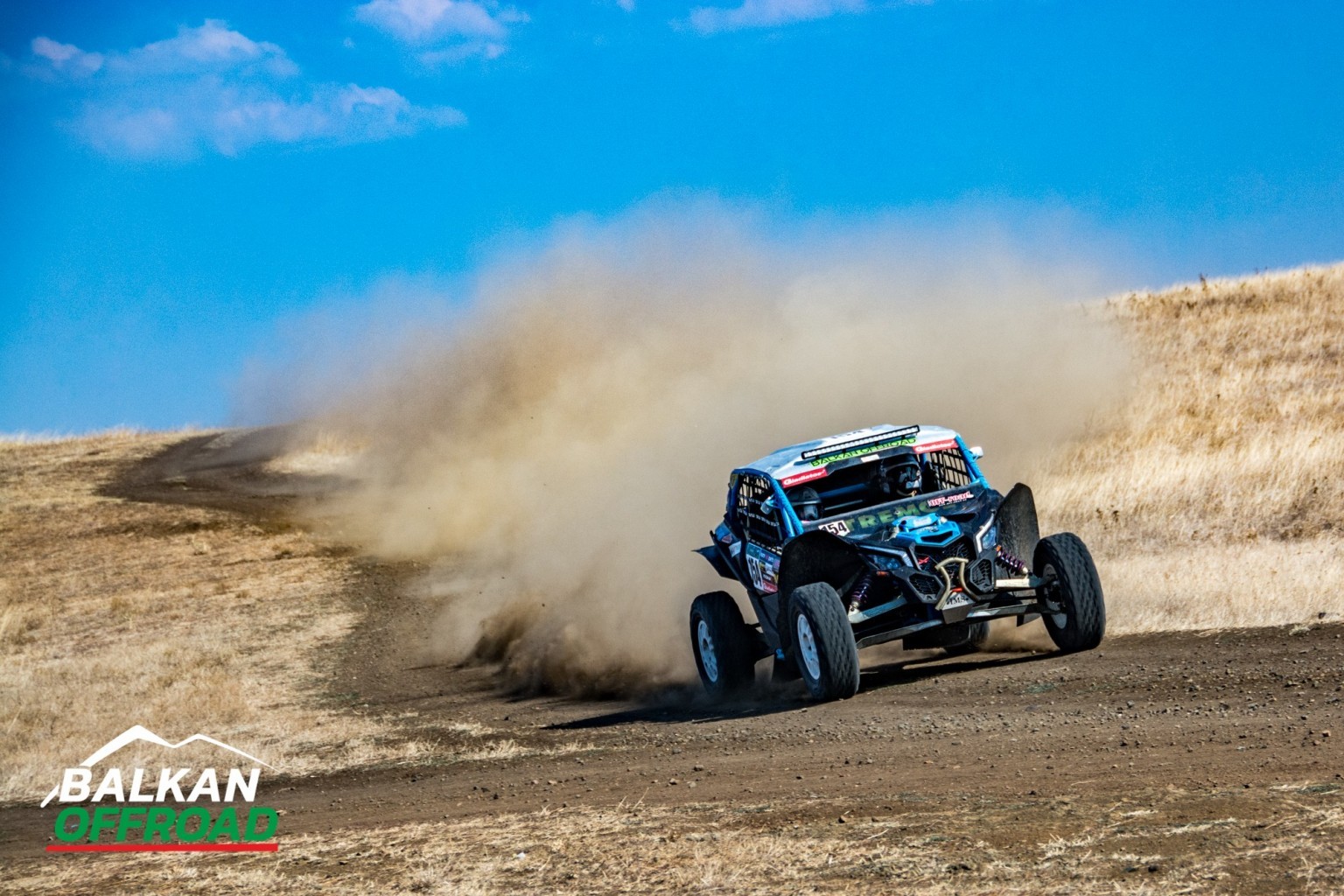 With two rather fast stages in Extreme class they had an excellent day, driving through rivers, forests and barren landscapes in the hills on the way to Shkorpilovtsi. Andre Kuijt takes the lead, winning the stage in his orange Land Rover. “At last we had a day without problems, and our reward was the stagewin!” Andre loves the mix of adventurous driving, technical sections and the overal landscape in Bulgaria. “The stages are great. It could be more extreme, but we found out we’re quite good as speed so that is ok too.

Tomorrow is the sixth day of the Balkan Offroad 2019, with 250 km special stage and three specials. Racing from early morning until the evening. Get in the car, and hit it!