As Sebastian Vettel crossed the finish line at the season-ending Abu Dhabi Grand Prix last November, he must have been desperate to find the exit gate and return to Germany for his winter break. It was a disaster of a season for the four-time world champion, who started off the year with plenty of promise but countless errors eventually put Lewis Hamilton on course to collect his fifth title.

With another strong showing in pre-season testing over the last two weeks, Ferrari should have renewed optimism for the campaign ahead, with a new technical director in Mattia Binotto and new driver in Charles Leclerc.

The Monaco native is only 21-years-old, and after producing a solid first season with Sauber, has the chance to put real pressure on the experienced Vettel.

The German himself is a quality driver. Four world championship triumphs and 50 grand prix wins don’t come easily and definitely put him up there with the best to have graced the sport. But if the 31-year-old does not back it up this campaign then it raises more questions about his tenure at Ferrari. Driver errors in 2017 and 2018 effectively contributed to two of Hamilton’s titles.

In his four years at Ferrari so far, Vettel has had one team-mate in Kimi Raikkonen. The Finn, who will race for Sauber in 2019, was solid if not spectacular and only won once in five years in the second fastest car on the grid. For all Raikkonen disliked about being the unofficial number two driver, he irregularly challenged Vettel on race day.

In fact, over their four seasons together, Vettel won 13 times in comparison to Kimi’s sole victory at the US Grand Prix in October. In the drivers standings, Vettel registered 1,127 points from 2015-2018 in contrast to Raikkonen’s 792 – a 30 per cent difference.

But when was the last time Vettel truly had a team-mate that actually challenged him? Back in 2014, when Daniel Ricciardo joined Red Bull from Toro Rosso, the young Australian was determined to make an early statement and took three wins in his maiden season, outscoring Vettel by 238 points to 167.

Vettel already had his four world titles at that point and could not secure a single victory during that 2014 campaign, whereas Ricciardo won three races.

With Leclerc coming in, this could potentially be his most difficult season since then.

Leclerc’s arrive presents all sorts of questions, and in Ferrari’s new signing, they possess the most talented young star on the grid. He purred with confidence in his maiden campaign with an under-performing car and has the chance to showcase his talents further in one of the best machines on the grid.

The 2017 Formula 2 champion said he wants to challenge for the title, but whether he lives up to that in just his second season in Formula One, will be fascinating to watch.

With Binotto replacing Maurizio Arrivabene as the new Ferrari boss, it will be interesting to see how the Italian manages both drivers. Vettel will inevitably be the number one, but will they let Leclerc challenge for race wins? Will he even be good enough in just his second season? Or will the former Sauber man be forced to play a wingman role so Vettel can challenge Hamilton? 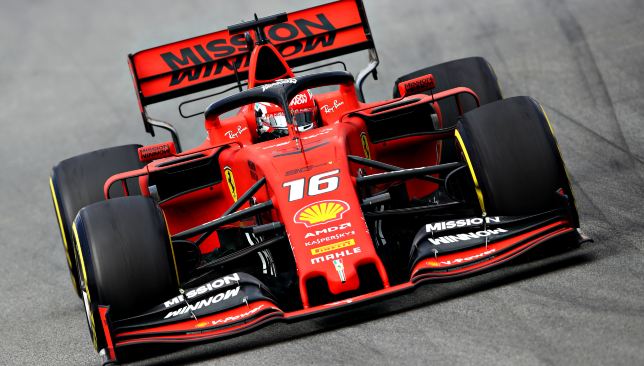 Leclerc blew away his Sauber teammate Marcus Ericsson – a veteran of 100 Grand Prix – in his first season and didn’t seem fazed at all by the attention and hype around his brilliance. He dazzled to claim sixth in Baku and finished 16 points ahead of the Swede in the drivers standings.

But Ferrari will be a different challenge altogether. Without a constructors championship since 2008, the pressure is on both drivers to topple Mercedes’ dominance.

After all, it is a statement of intent for the Italian marque to promote Leclerc so early, but he will be expected to deliver every week instead of sporadic podiums in every couple of races. Raikkonen clinched 11 podiums and one victory in 2018 and was still criticised at times.

For Vettel, it is make or break in the final year of his contract. The German will back himself against his younger team-mate but if he is beaten then his reputation and future will be questioned, especially considering a large chunk of his success was at Red Bull.

Leclerc is an unknown quality. He is young, at the start of his sporting journey and has plenty of promise. He has his best years ahead while Vettel has some of his best drives behind him. In one of the fastest cars, mixed with fresh motivation and optimism, the challenge between Vettel and Leclerc will be one of the intriguing stories of 2019.