Neither of those will happen this weekend.

The coronavirus pandemic means Monza will be run behind closed doors while barring a spectacular pile-up that afflicts six or seven teams Ferrari will not win.

The power-heavy Monza circuit places a reliance on engine supremacy and in that department Ferrari has lacked in comparison to Mercedes, Honda and Renault in 2020.

At Spa-Francorchamps it qualified and raced to 13th and 14th position respectively, seventh of the 10 teams, in a grand prix that had 17 classified finishers.

Working in Ferrari’s favour is that it struggled with tyres from the outset in Belgium, meaning it was playing catch-up in the midfield contingent, an element it should hopefully avoid this weekend.

But even so, it was unlikely to finish much higher up the field in the circumstances.

Could Ferrari really be set for its worst showing on home soil in 70 years? 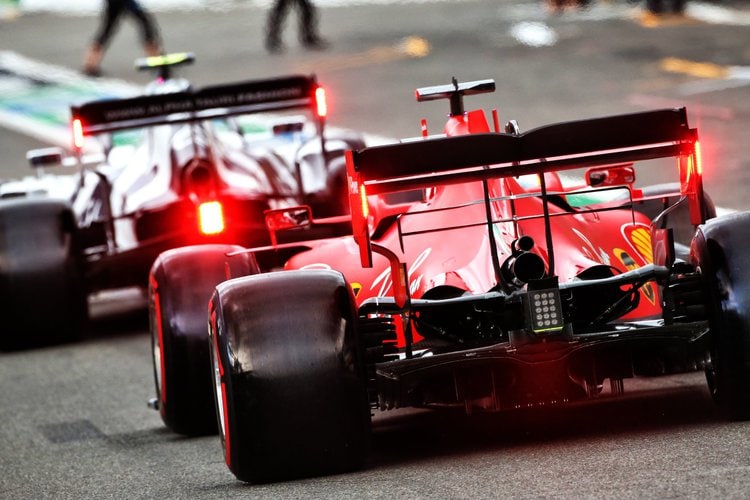 Formula 1’s Italian Grand Prix at Monza has been won by Ferrari on 19 occasions while it has a total of 69 overall podiums.

The last time Ferrari failed to score a podium at Monza was back in the first hybrid year in 2014, when a failure put Fernando Alonso out while Kimi Raikkonen was only ninth – however Alonso still qualified a semi-respectable seventh.

The 2008 wet race hurt both Felipe Massa and Raikkonen – though they still scored top 10 results – while three years previously was a particular low for Ferrari.

In a race with little drama and incident Michael Schumacher and Rubens Barrichello mustered only 10th and 12th respectively – but did qualify sixth and seventh.

Ferrari last failed to score a single top 10 finish at Monza back in 1995, when Gerhard Berger and Jean Alesi both retired. But they had run 1-2 in that race from 3-5 on the grid; Berger retired when a TV camera detached from Alesi’s car and terminally hit his suspension while Alesi then copped a wheel bearing failure. As cruel as cruel could be – but neither slow nor embarrassing.

There was also a double retirement in 1992 – though Alesi still qualified a respectable third in the awful F92A.

The last time Ferrari finished lower than fifth in the Constructors’ Championship came in 1980 but on that occasion Monza was not used for the Italian Grand Prix – the sole time that Imola has held the honour.

The early 1970s were a lean time at home for Ferrari, with 1973 a particular nadir, as Jacky Ickx was a lapped eighth from 14th on the grid, and Arturo Merzario exited from seventh.

But never before at Monza has Ferrari not featured either in the top 10 of the grid or in race trim, at least with one car.

If its Belgian Grand Prix result is replicated at the high-speed Autodromo then that is exactly what will happen: no Ferraris in the top 10 on Saturday or Sunday.

Could a new unwanted statistic rear its head this weekend?