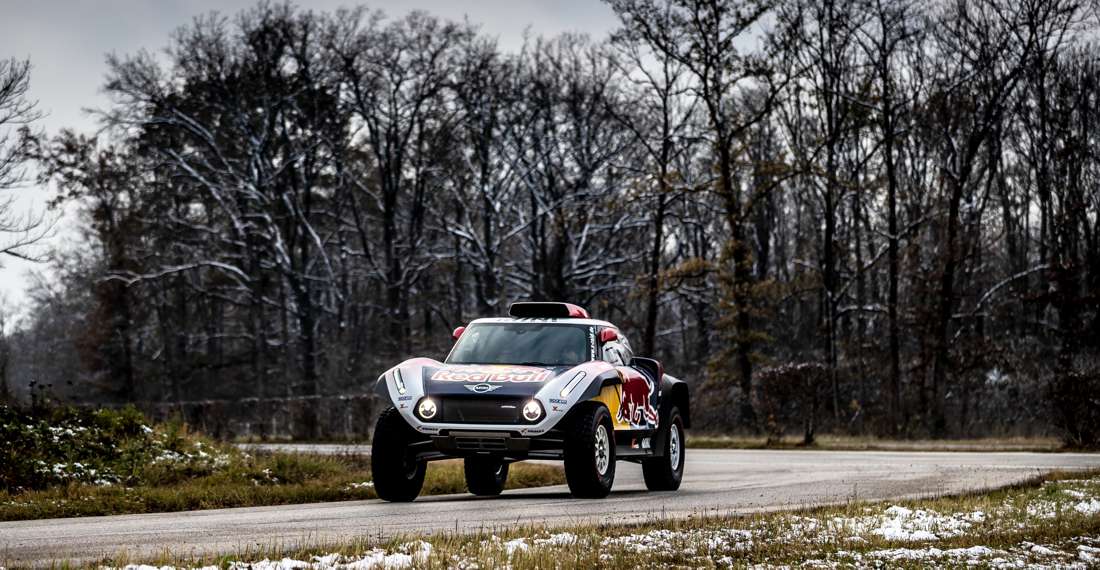 There are now less than 50 days to go until the start of the Dakar Rally in the Peruvian capital Lima. The X-raid Team has prepared the three MINI John Cooper Works Buggies for the highlight of the season at the company headquarters in Trebur. To ensure that everything is working perfectly, the three crews travelled to Austria for a short shakedown.

This took place at the Engineering Center Steyr in St. Valentin. However, the conditions were not exactly what the pilots can expect at the Dakar: winter had set in and awaited the team with cold temperatures and snow. However, the test track was clear, allowing the crews to make the final adjustments to the cars without any problems. Among other things, customers can use the 40-hectare test site and the 16 fully-automated engine test benches at the facility.
Team manager Sven Quandt:

“It was very helpful for us to be able to use the track here. After the construction of the three buggies, it was very important to check everything again before it is all transported to the Dakar.”

Three, four and six-cylinder diesel and petrol engines are built and all of the Group’s diesel engines are developed at the plant in Steyr – the BMW Group’s largest engine plant in the world. The engine for the MINI JCW Buggy is based on the BMW 50d production engine, but has been modified to meet the demands of off-road rallying. Roughly 4,500 employees in Steyr were able to check out Stéphane Peterhansel’s MINI JCW Buggy at close hand on Monday morning, and witnessed a small premiere when the new design on the Frenchman’s buggy was revealed for the first time. During the lunch break, Carlos Sainz, Stéphane Peterhansel and Cyril Despres were only too happy to sign autographs for the employees.

One lucky employee at the engine plant was given the opportunity to take their place alongside Cyril Despres for a lap in the MINI JCW Buggy.

“It was absolutely superb and great fun,” he said after the ride. “The acceleration was impressive, as it was to feel how the buggy buckles when braking. It was also nice to be able to observe the team at work.”

Today, the service trucks, cars, MINI JCW Buggies and MINI JCW Rally cars depart for Le Havre, from where they will travel to Lima by ship.
Source:Rally-Raid Network