The fourth day was one of mixed emotions for Team Peugeot Total. Stéphane Peterhansel showed the car’s potential, taking the lead of the 315-kilometre stage before falling back after the final waypoint. He finished the stage fifth, to continue his climb up the leaderboard. But his team mates Carlos Sainz and Cyril Despres lost time, after encountering technical problems early in the stage. 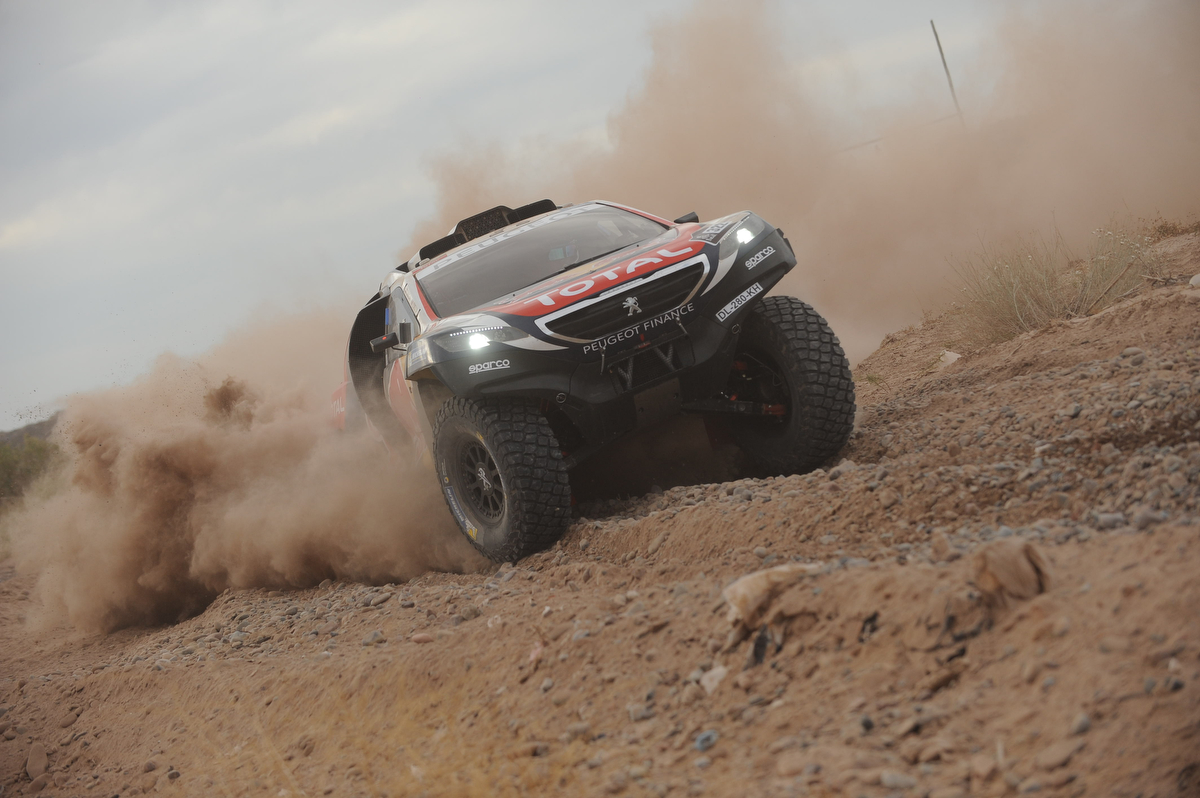 The route to today’s stage took the competitors up to 4,800 metres, as they crossed the Andes Mountains en route to Chile. The 315-kilometre stage, which followed a mammoth 594-kilometre liaison, took competitors into the heart of the Atacama Desert: the driest region on earth. After warming up with some gravelly mining tracks, the crews encountered the first of the serious sand dunes, which are an enduring feature of the Dakar.

Stéphane Peterhansel (#302) found a good feeling straight away with this complex terrain: the demanding dunes suiting the light and agile two-wheel drive PEUGEOT 2008 DKR perfectly. His committed approach meant that he was leading at the final waypoint, before dropping back. This strong performance, on only the car’s fourth-ever competitive stage, resulted in Peterhansel climbing from 16th to 12th in the overall classification.

“The car felt really good,” said Peterhansel. “At the start of the stage though, after about 20 kilometres, I jumped for about two to three metres when cutting a corner and damaged the nose of the car. At the end of the stage, when it started to get really bumpy, the front of the car started to move even more and then we had a puncture, so this is where we lost our advantage.”

For Carlos Sainz (#304) and Cyril Despres (#322), it was a less successful day. Sainz had brilliantly fought up to fourth overall after yesterday’s stage, but stopped in kilometre 32 of the stage today, reporting a turbo failure. 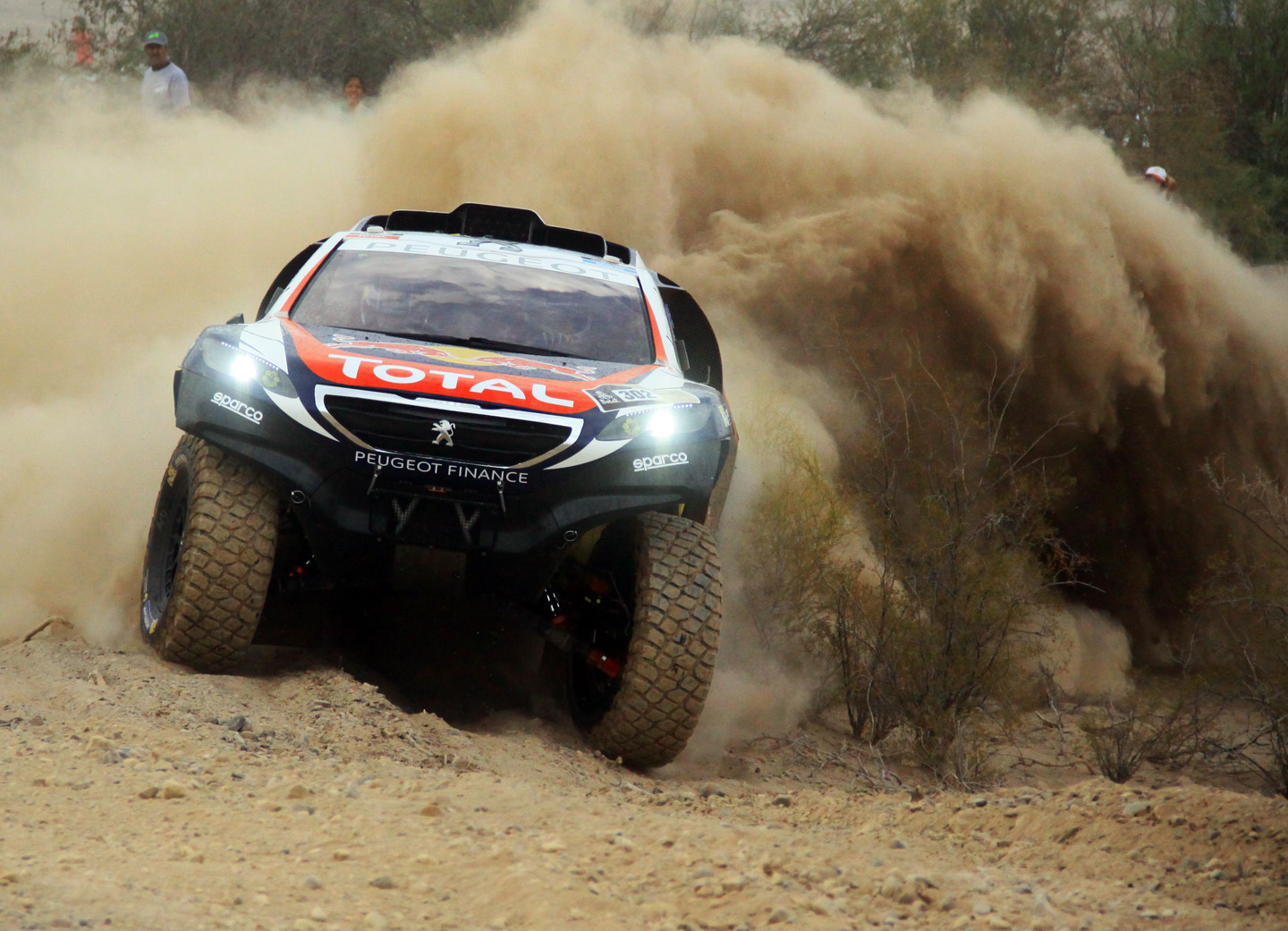 On certain stages in the Dakar (such as today’s) the trucks follow a different route to the cars, meaning that the crew could not immediately rely on the support of their assistance crew. It was a similar story for Despres, who was reported stopped after nine kilometres with a clutch problem. He finally managed to regain the bivouac unassisted, while Sainz was helped by the assistance truck before also continuing unaided.

Team Peugeot Total principal Bruno Famin commented: “We don’t see this as a dark day at all. Only a non-technical reason meant that Stéphane was not able to win the stage, while what happened to the other cars was to be expected at our first Dakar. We’re here to identify the issues one by one and then fix them as we go along.”