Skip to content
The annual South American off-road Dakar Rally will be rerouted, organizers said on Monday as Peru withdrew as host due to forecasts for a strong El Nino weather pattern which has caused floods and landslides there in the past.Peru also canceled its hosting of a smaller Dakar Rally race in September called the Desafio Inca. 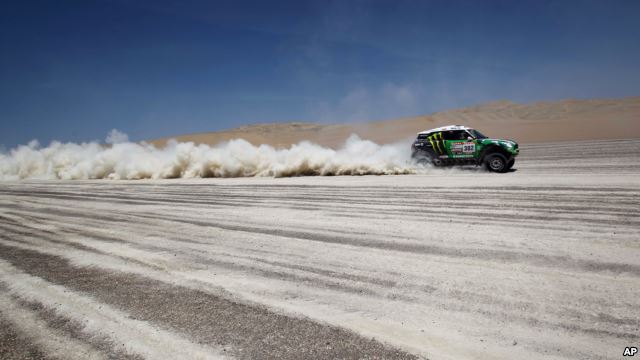 The Dakar Rally was scheduled to start in the coastal capital Lima on Jan. 3, routing drivers of motorbikes, cars and trucks south through dune-filled deserts to Bolivia and Argentina. The 2015 edition of the race covered 5,592 miles (9,000 km).

Participating countries must pay to host the event. Peru said it will instead focus on efforts to mitigate El Nino.

Dakar Rally organizers said they understood Peru’s decision and would announce a new route for the annual event in the second half of September.

“The entire Dakar organizing team is already hard at work to create an alternative route with optimal sporting and safety conditions,” organizers said in a statement.

Peru has forecast a “strong” El Nino, a warming of sea-surface temperatures in the Pacific, and said it could shape up to be an “extraordinary” event in the summer, which starts in December in the Southern Hemisphere. The government is due to issue an updated El Nino report later this month.

Weather bureaus in the United States, Japan and Australia have also been increasing their forecasts for the strength and duration of the weather pattern.

The Dakar Rally came to South America in 2009. It started out as a grueling race from Paris across the Sahara to the Senegalese capital Dakar.