On the fifth day of the Balkan Offroad Rallye all eyes are on the overall ranking, with just three days left to realise the dream of a good result. Three special stages made the day, from technical and a bit rocky to fast and flowing. The early arrival in the bivouac was a nice chance from the previous days, and gave time to enjoy the fantastic location at the shores of the Black Sea in Dyuni. 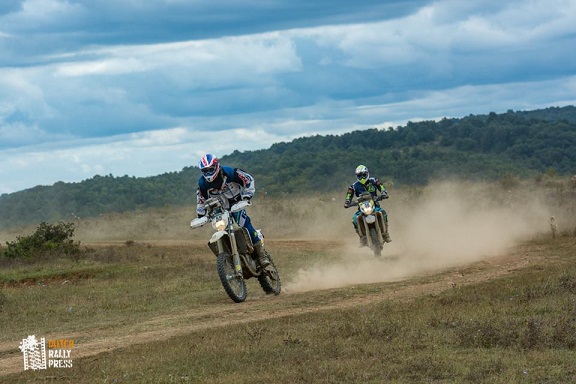 In the motorbike ranking the leader sits comfortably in his position. Arunas Gelazninkas is training for the Dakar, and this is one of his first events. ‘After years of motocross and enduro I wanted to try rally, and so far it is a fantastic experience!’ He is followed by Dirk Schuttel, who did not only the Dakar on the bike but was a co-driver in the truck at the Africa Eco Race and enjoys the Balkan Offroad Rallye together with his son, who is also on the bike.

The third biker also has big plans. Bram van der Wouden from the Netherlands is training after an accident and happy to have a ‘perfect day’ as he says it. ‘Everything went well, right from the start. I know what to do with the navigation, what I can and cannot handle and the result is fantastic!’ 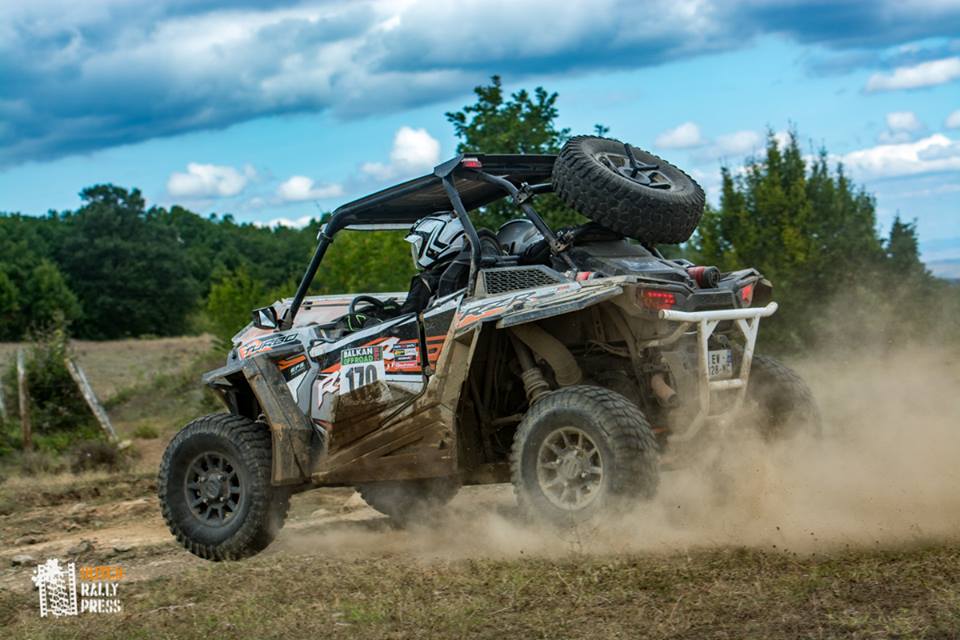 Tsanko Tsankov is the first to finish on four wheels, but Meinolf Dunninghaus delivers one of the most interesting results, arriving from the back of the race in the second place. Together with the experienced navigator Stefan Henken they are enjoying the Balkan Offroad Rallye, supported by a big crew of rally-afficinados. José Castan wants to make a perfect day, but looses time them the turbo of the Maverick X3 explodes. ‘It was 15 kilometer before the finishline, we were like an airplane until then. Luckily we did not loose too much time,’ he says.

‘We drive on the thin red line, and sometimes over it!’ says Margerita, the co-pilot of Slavchev Desislav, winners of the day in the Car category. They race an old G-Wagon, which was kept alive over many events and still delivers. ‘In the past we used to be off-roaders who are racing Cross Country events, but now we are survivors! Look at the cars around us, we should not be in this postion but we choose to be!’ Second and third are Doncho Tsanev and Metodi Paunov, both fast Bulgarian teams with a deep love for speed. 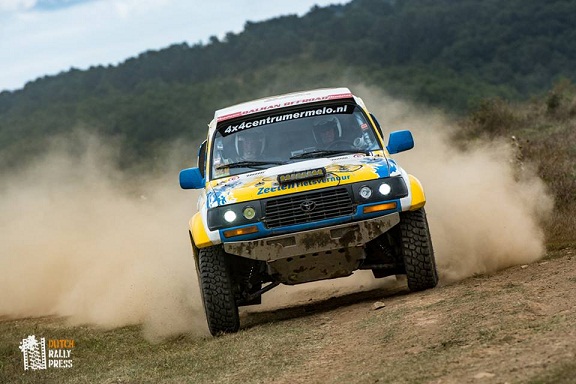 In the Car Limited category a big fight has ensued between Jean-Francois Ryo in the Toyota 120 and Sebastien Morisod with the Range Rover. With burning and smoking brakes they arrive at the finishline, both full of adrenaline, fighting for the victory on the stage. ‘When you have a good competitor, you become hyper-motivated!’ says Marie-Aline Ryo, the co-pilot in the Toyota. It shows that excellent competition is within reach of everyone who can build a standard car for these circumstances!

Moritz Nietsch has bad luck today. His modified Bowler Wildcat with the famous Mercedes 6-cylinder engine has eaten the clutch. Put on the side in the bivouac, access to the gearbox is easy and today during the stage the serviceteam replaced the clutch. They are not the only ones who have technical difficulties. While the racers are in the picture, at night in the bivouac the mechanics take care of ‘the other half’ of the competition!

On day 6 the Balkan Offroad Rallye moves from Dyuni to Shkorpilovtsi, for the legendary bivouac on the beach just south of Varna. Here the race will finish on the beach, after three more stages. It has only just started!