MotoGP team owner Fausto Gresini no longer in a pharmacological coma but remains sedated and connected to a mechanical respirator. 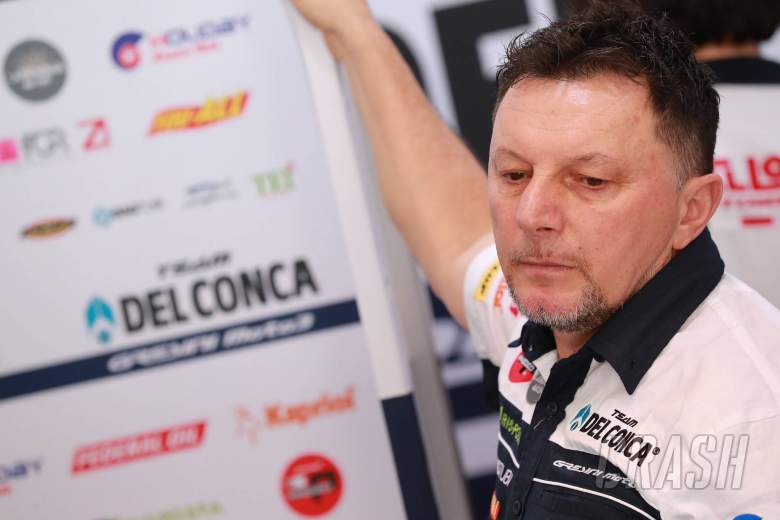 Following a Covid-19 diagnosis and self-isolation at home, Gresini required admission to hospital in Imola on December 27.

He was then moved to a specialist Covid ward in Bologna on December 30, where the 59-year-old Italian was placed in a pharmacological coma due to ‘very low blood oxygen saturation levels’.

On January 1, ‘in light of stable and improving general conditions’, doctors decided to begin a ‘slow awakening process to allow independent lung ventilation’.

Dr Cilloni describes Gresini’s present condition as ‘still serious’ but ‘stable’, adding that while no longer in a medically-induced coma he remains sedated and on a mechanical respirator.

“The medications were stopped, albeit he is still sedated and connected to a mechanical respirator to receive an adequate level of blood oxygen.

“In the next few days, radiological investigations will be carried out to verify the evolutionary status of the disease.”

A double 125cc world champion during the 1980s, Gresini now runs teams in all three motorcycle grand prix classes, recently signing a new five-year deal to remain in MotoGP as an Independent team when it splits from the Factory Aprilia project at the end of this season.

Although Yamaha’s Massimo Meregalli was forced to self-isolate and miss Valencia due to a positive Covid test for another team member, Gresini is the first MotoGP team boss known to have contracted Coronavirus.

MotoGP riders Valentino Rossi and Iker Lecuona both missed races after testing positive for Coronavirus during the 2020 season.