The racing venture is unique from inception, and as such, presents a set of unprecedented challenges in a range of different areas.

To produce energy in extreme environmental locations such as the Amazon rainforest, the Arctic, the Himalayas, the Sahara desert, and the Indian Ocean Islands is one of the technological challenges the championship faces.

The solution may come from clean hydrogen, as fuel cells would convert hydrogen to electricity to power the electric vehicles.

“The H-PowerTM system will showcase to a global audience exactly how Hydrogen can be used as a viable alternative to incumbent diesel generations in the remotest and harshest of environments,” explained  Adam Bond, Chief Executive Officer at AFC Energy.

According to Alejandro Agag, Founder and CEO of Extreme E: “This collaboration with AFC Energy is a game changer, not just for Extreme E, but also to the wider sports and events industry which could also benefit greatly from using this innovative, zero emission charging technology.

“AFC Energy is the leading provider of Alkaline Fuel Cell systems for the generation of clean energy. It has developed a wide range of technologies to enable sustainable off-grid power generation, which is easily transportable, offers high efficiency, and emits water, which we can utilise elsewhere in site, as its only by-product.

“In everything we do around this championship we are focussed on being sustainable and supporting the environment, whilst also being innovative. It is fantastic that Extreme E is leading the way in motorsport when it comes to sustainable solutions like this. Motorsport is often associated with a high detrimental footprint on the environment through event infrastructures, but we are trying to change that, and this collaboration with AFC Energy is a huge step in the right direction.”

The deep commitment of Extreme E with the environment is reinforced by legacy projects which aim to leave behind a positive impact in the locations where the series will be racing.

The first legacy program project has been established in collaboration with The Nature Conservancy’s Forest Restoration program in Pará – one of the locations the series will be racing on.

“We’ll be securing 100 hectares of existing forest, restoring 100 hectares of native forest, and will maintain more than 200 hectares of a cacao-based agroforestry program by working with 50 local smallholders. It is a fantastic first step along the legacy path for Extreme E,” explained Louisa Tholstrup, Extreme E’s Legacy Programme Leader.

The latest team to join the Extreme E championship is the first to announce its driver’s line up. 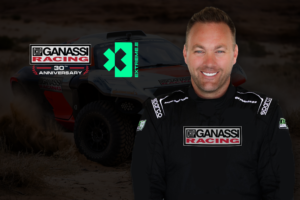 “I am beyond excited to announce that I will be driving in the Extreme E series for Chip Ganassi Racing,” the 38-year-old American driver said.

2020 marks the 30th Anniversary of the American team that has built a remarkably successful trajectory in different touring series by the hand of extraordinary vision and constant innovation, a natural match to a world-first in motor racing, the Extreme E championship.

The American driver’s duo competing for Chip Ganassi Racing in the electric SUV off-road racing series is looking forward to the challenges this new form of racing presents.

The championship brings together all the right ingredients to make one-of-a-kind racing platform, adventure, competition, environmental challenges, location, and technology.

“I was born and raised around racing with my family and to see the desire and determination in Chip and the entire team to be successful and win in this newly developed form of motorsports has given me the drive to bring victories to this program.

The 2021 Extreme E series is going to be groundbreaking and we are going in with the goal of victory!,” added LeDuc. 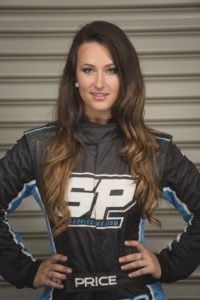 In the words of 27-year-old Sara Price: “This is a tremendous opportunity for me and something I’ve been working my whole career for. Chip’s teams define winning. As a racer, that’s the type of owner you want to race for. He’s a former driver and I’m honored to represent the team while also becoming the first female driver for CGR and Extreme E.”

“It’s a very exciting time not only for myself, but for this championship and the climate and environmental issues it intends to bring attention to.”

Alejandro Agag, Founder and CEO at Extreme E welcomed the first competitors of the field to theExtreme E family.

“I’m really looking forward to seeing both Sara and Kyle race, they’re both super successful in their motorsport endeavours and have already achieved so much. I’m sure they’ll be bringing this determination and skill to the Extreme E paddock.”

“We are really excited about Kyle joining our team and being a teammate to Sara in Extreme E. Kyle is a really quality off-road all-terrain driver. Presently, Kyle has 101 victories in off-road racing. He is a true champion, a race winner, and understands how to drive in all terrains,” said Mike Hull, Managing Director, Chip Ganassi Racing.

AN EXTREME PIONEER IN MOTOR RACING

The new series will travel onboard the Royal Mail Ship St Helena – currently undergoing modernization and refit, to five remote locations on the planet affected by the impacts of the climate crisis, aiming to raise awareness on climate change while featuring intense competition in four continents.

The 2021 inaugural campaign of the electric SUV off-road racing series is set to kick off next January in Lac Rose, Dakar, Senegal.

The Amazon Rainforest in Brazil, Kangerlussuaq in Greenland, the Nepalese Himalayas, Al-‘Ula in Saudi Arabia, complete the calendar of Season 1.

In that regard, each team will have a male and a female driver´s line up competing as a driver and co-driver in every two-lap race.

According to the series, each will go in for one lap behind the wheel of the ODYSSEY 21 electric-SUV, with a changeover incorporated into the race format.

All teams will use the same spec-vehicle; Williams Advanced Engineering is producing the battery that will power the SUVs, while the off-road, all-terrain, electric SUV, is designed by Spark Racing Technology.

Chip Ganassi Racing (CGR), Andretti Motorsport, Venturi Automobiles, HWA, ABT Sportline, Veloce Racing, and QEV Technologies  are the seven-team confirmed to date – out of a total of eight, to take part in Season 1 of the Extreme E championship.