Skip to content
A range of former Supercars that tackled Mount Panorama during their racing lives have returned this week to compete in Challenge Bathurst.The event provides an opportunity to drive street or race cars on the famous circuit against the clock, attracting over 400 competitors this year.The Supersprint portion of the event is being held today and tomorrow with a two-day regularity event to follow on Saturday and Sunday.

Among the cars tackling the track is the Ford Performance Racing Falcon FG taken to a second-place finish in the 2012 Great Race by David Reynolds and Dean Canto. 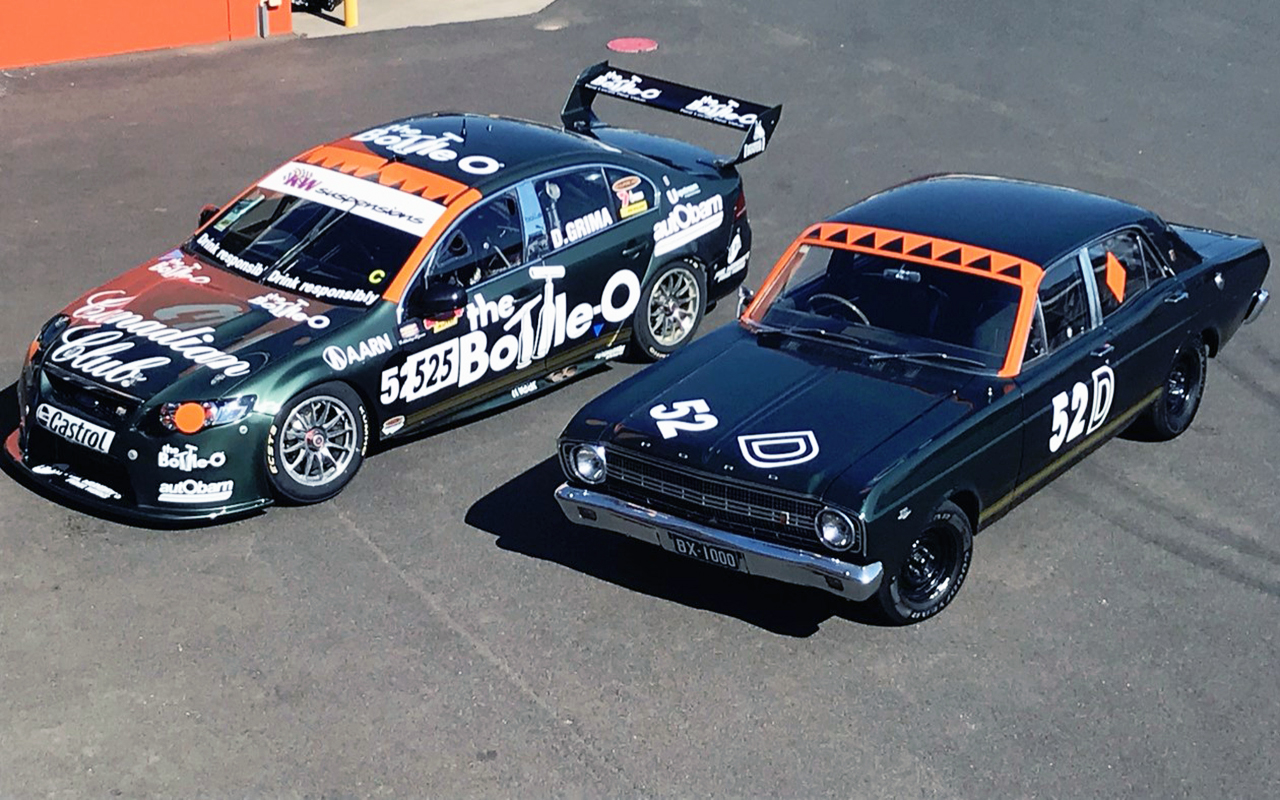 Now in the hands of Damien Grima, it’s been returned to the unique retro 1967 Gibson/Firth Falcon XR GT livery it carried seven years ago.

Grima’s father Charlie is also having a run around the Mountain in an ex-Brad Jones Racing Ozemail Falcon BA.

While it raced in period in the famous white and green Ozemail livery, former owner John Vergotis restored it to the green and black colours that were normally carried by John Bowe.

Also at the Mountain for Challenge Bathurst is another car that took part in the 2012 Bathurst 1000; Joseph Hancock’s ex-Holden Racing Team Commodore VE II.

It was driven to fourth place by James Courtney and Cameron McConville in the 2012 Great Race, after a delaminating tyre slowed Courtney’s late charge.

The car is these days prepared by Melbourne Performance Centre and is the last ‘Project Blueprint’ era V8 Supercar built by Walkinshaw Racing.

Also on the Mountain at Challenge Bathurst is the ex-Tasman Motorsport Commodore VZ of Marty Miller.

The car is the same chassis that took second place in the 2005 Bathurst 1000 in the hands of Jason Richards and Jamie Whincup in Dodo colours.

Van Gisbergen is driving Triple Eight’s Mercedes and Tander an MPC Audi, which are among several GT3 cars at the event preparing for February’s Bathurst 12 Hour.