South African Kessel Ferrari 488 GT3 racer David Perel heads to the second round of the Blancpain Endurance Series this weekend at the legendary F1 track Silverstone. Having not even made it to the first corner in Round One, David is just hoping to get some race time in before he even thinks about potential results. 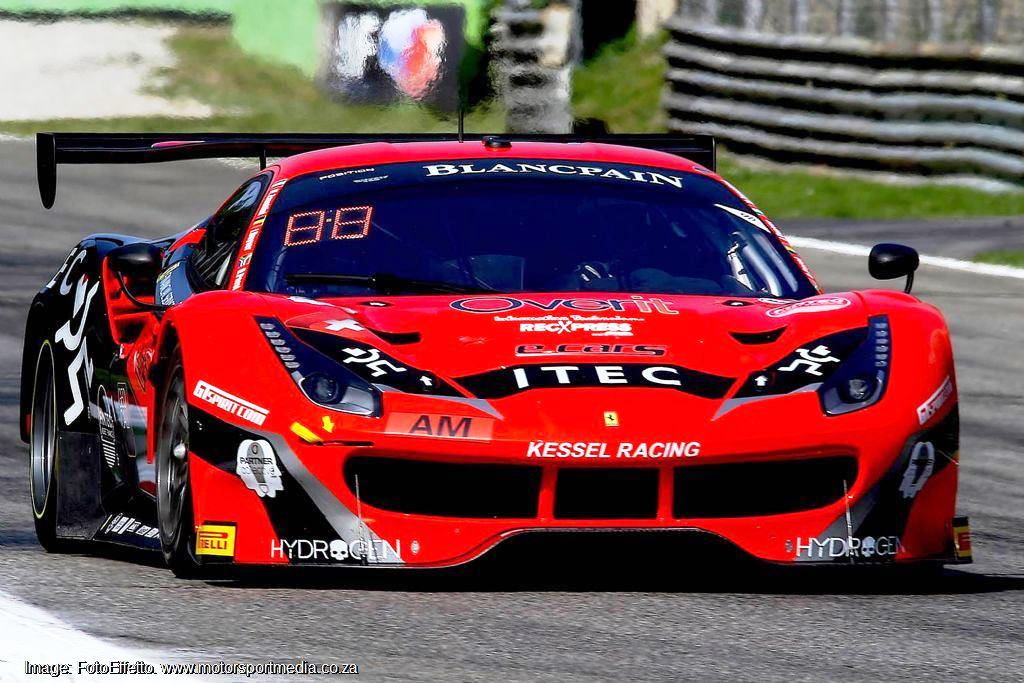 “Our first race of the year didn’t go according to plan,” David admitted. “We were victim of a huge race start incident, so for the second round our priority is to have a clean weekend without any incidents and at the end we will see where we end up.”
This weekend will be the only second time Perel will race at Silverstone but this year he will be well prepared. “I’ll be doing a two day test at the track, followed by another two day test in Spain prior to the race — it’s a hectic schedule but one I relish. Bring it on!”
The second round of the Blancpain Endurance Series is a 3 hour race and takes place on Sunday May 14 – catch it live on YouTube.com/gtworld.