A 48-car field will tackle the 4.65km Spanish venue, which is set to stage the annual finale for the fourth year in succession.

A popular season-ending destination for teams and drivers alike, the event also draws considerable local support as fans come to cheer on a strong contingent of Spanish racers. Indeed, one of those home favourites could capture the top-tier Endurance Cup crown on Sunday afternoon. 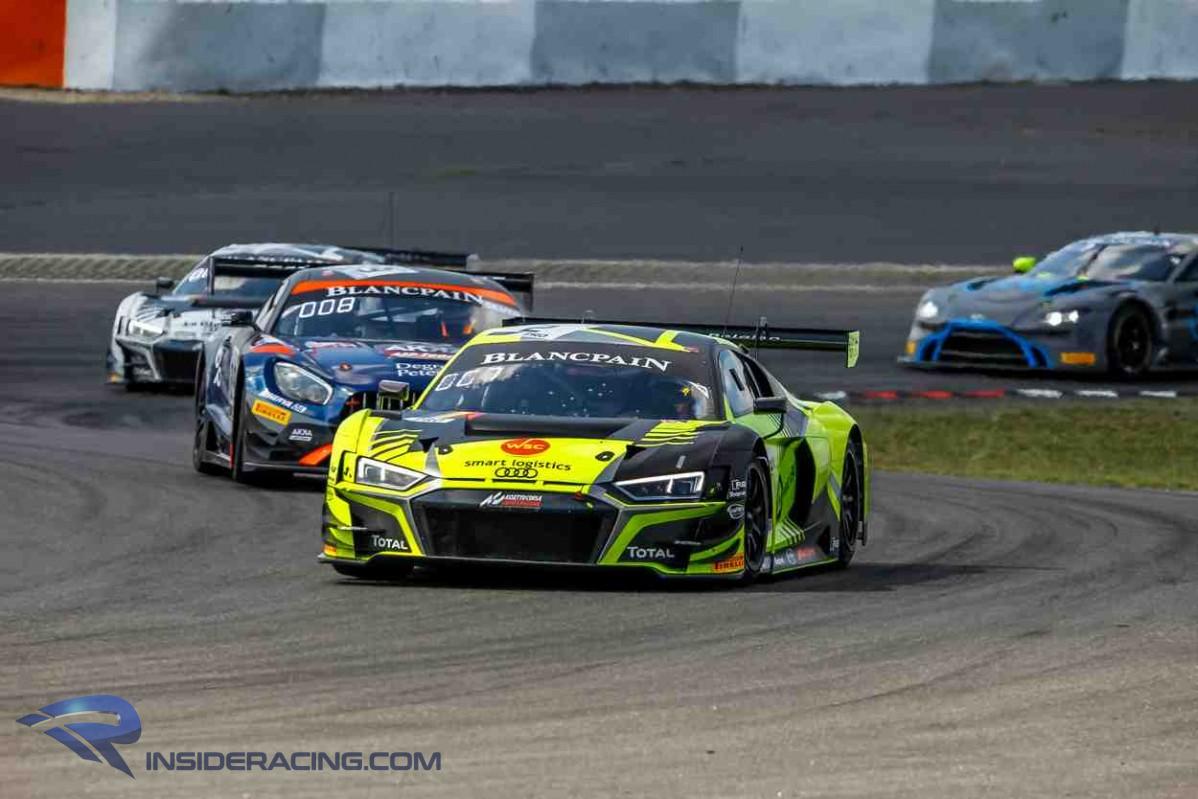 A host of titles remain undecided ahead of the finale, including an ultra-close battle for the coveted overall Blancpain GT Series drivers’ championship. The usual 25 points are on offer for race victory in each class, as well as the bonus point for pole position, meaning any crew wishing to clinch their title must be within 26 points of the current leaders.

For those who can no longer earn a championship, this event is about competitive pride and ending the campaign on a high. With each squad approaching the finale with very different goals, an intriguing battle is in prospect to close another thrilling year of GT racing.

The battle for the overall Endurance Cup title will go down to the wire at Circuit de Barcelona-Catalunya. Three crews are in the running to clinch the drivers’ championship, with the #72 SMP Racing Ferrari trio of Mikhail Aleshin, Davide Rigon and local favourite Miguel Molina strongly placed to get their hands on the trophy.

The Ferrari drivers hold a 22-point advantage with 26 left to score at the Spanish venue, putting them on the cusp of clinching the brand’s first top-tier Blancpain GT Series crown. They know that an eighth-place finish in Spain will guarantee them the title, regardless of what their opponents achieve.

Should SMP hit trouble, two crews have the potential to stop them. Reigning champions Maro Engel, Yelmer Buurman and Luca Stolz (#4 Black Falcon Mercedes-AMG) are best-placed with 51 points and have winning pedigree at Circuit de Barcelona-Catalunya. They have not yet triumphed in 2019, but a metronomic run to third at the Total 24 Hours of Spa has kept the Mercedes-AMG squad in the hunt.

The outside bet is the #563 Orange1 FFF Racing crew of Andrea Caldarelli, Marco Mapelli and Dennis Lind. The Lamborghini trio are 24 points shy of the leading Ferrari squad, meaning they will need to win at Circuit de Barcelona-Catalunya to have any hope to clinching the title.

All three outfits remain in the hunt for the teams’ championship, with SMP 10 points clear of FFF and Black Falcon a further 10 in arrears. The FFF squad has the added advantage of fielding two cars, with the #519 Lamborghini completing the Italian marque’s Pro effort for the season finale.

This title-chasing trio will lead an 17-car premier class that features seven different brands. The #72 SMP crew will be the only Ferrari representatives, making the Italian marque’s title push all the more impressive. Audi will travel to Spain with the most Pro cars as four of the Ingolstadt manufacturer’s R8 LMS machines compete for top-tier honours. They will include the #25 Sainteloc Racing effort, which has completed every racing lap of the Endurance season thus far.

Two brands will be represented by three Pro cars each at the finale. Porsche’s trio consists of Monza winners Dinamic Motorsport and a two-car effort by ROWE Racing, which could snatch third in the teams’ championship at the season-ending contest. Aston Martin’s effort will be led by R-Motorsport, which will field a brace of Vantage AMR machines, while Garage 59 will add a third entry for the British marque.

In the Mercedes-AMG camp, full-season squad AKKA ASP will join the title-chasing Black Falcon crew. The Pro field will be completed by a pair of Bentley Team M-Sport cars. The #107 Continental GT3 claimed victory at this season’s Circuit Paul Ricard 1000kms and, after a challenging Total 24 Hours of Spa, the British brand will be looking to end the season with a flourish in Spain.

Pro-Am title still up for grabs, pride at stake in Silver and Am Cup

The battle for the Silver Cup crown was effectively settled at the Total 24 Hours of Spa, where a second-place finish was enough to ensure that Nico Bastian, Timur Boguslavskiy and Felipe Fraga (#90 AKKA ASP Mercedes-AMG) will be confirmed as champions once the Circuit de Barcelona-Catalunya race gets underway. This will also ensure that Bastian clinches the overall class title, completing a clean sweep after the German took the Blancpain GT World Challenge Europe crown alongside Thomas Neubauer.

A total of 14 cars will compete for Silver Cup glory in Spain. Lamborghini machinery will lead the way with five runners, including the #78 Barwell Motorsport entry that clinched class honours at the Total 24 Hours of Spa. Audi will be represented by three cars, two from Belgian Audi Club Team WRT and another from the Phoenix Racing squad. Champions-elect AKKA ASP will be joined in the Mercedes-AMG camp by the rival Black Falcon crew, while a revised line-up sees Strakka Racing move to the Silver class for the first time this season.

Ferrari will be in the hunt with Rinaldi Racing’s #333 machine, while Honda will be represented by Jenson Team Rocket RJN. Finally, there will be a Porsche 911 on the grid courtesy of GPX Racing. The Emirati squad clinched a famous overall victory at the Total 24 Hours of Spa with an all-Pro line-up and will now resume its Silver Cup assault at the season-closing race. 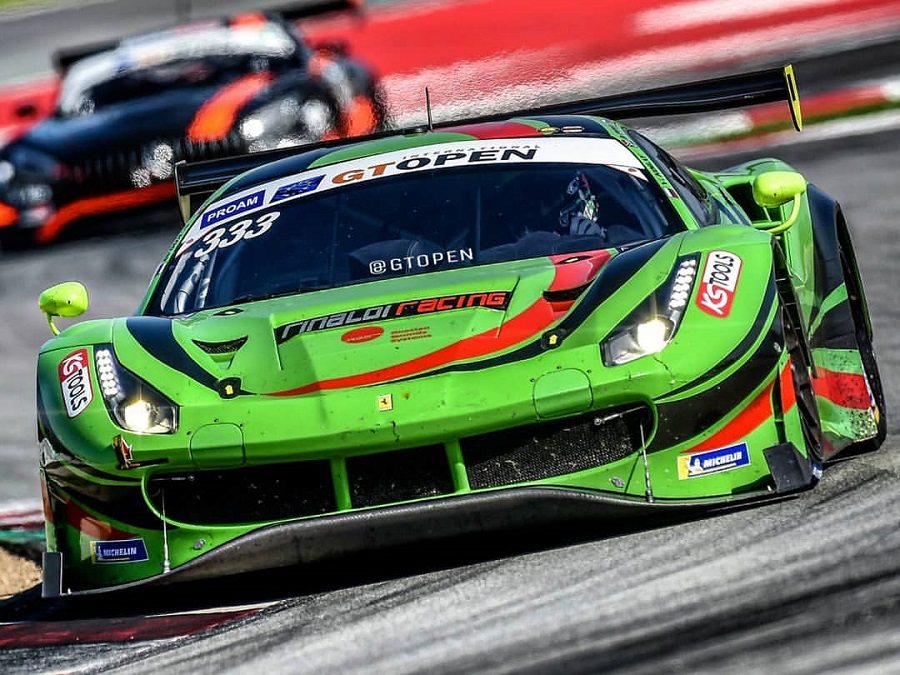 The title remains up for grabs in the Pro-Am class, but a stunning performance at the Total 24 Hours of Spa has put the Oman Racing with TF Sport crew in a strong position to clinch the crown. The #97 Aston Martin led at six and 12 hours on its way to victory, despite starting from the pit lane, to take the maximum points from the race and seize the championship advantage.

Ahmad Al Harthy, Salih Yoluc and Charlie Eastwood enter the decider on 104 points, putting them 16 clear of Remon Vos and Tom Onslow-Cole (#74 RAM Racing Mercedes-AMG). The two-man crew will almost certainly need to win their class in Spain to overhaul the Aston Martin squad, something they are yet to achieve in 2019.

In addition to the title chasers the Pro-Am field will be bolstered by the #87 AKKA ASP Mercedes-AMG, which took class honours on home soil at the Circuit Paul Ricard 1000kms. A pair of race-winning Ferrari entries will also be present, with the #52 AF Corse machine competing alongside the #97 Tempesta Racing crew. The former emerged victorious at Silverstone, while the latter triumphed at Monza.

Audi will be present in the Pro-Am thanks to Sainteloc Racing, while British effort Team Parker will look to end the season on a high with its Bentley Continental GT3. Finally, Belgian outfit Boutsen Ginion will add its BMW M6 to the class to complete a competitive field.

The Am Cup championship was effectively decided at the Total 24 Hours of Spa, with Leo Machitski and Adrian Amstutz (#77 Barwell Motorsport Lamborghini) set to share the title for a second successive year once they take the start of next Sunday’s race together. They will be re-joined for the event by Miguel Ramos, who could seal runner-up spot at the finale despite skipping Spa.

Barwell’s opposition will be led by the squad that beat them at the 24 Hours, Rinaldi Racing, which will field a pair of Ferrari 488 at Circuit de Barcelona-Catalunya. Overall class champions HB Racing will also deploy the Italian machine as they pursue a first Endurance win of the season.

Lamborghini will be represented by Boutsen Ginion and a two-car effort from Raton Racing by Target. Tech 1 Racing will complete its maiden campaign running the Lexus RC F, while Aston Martin squad Garage 59 will look to secure runner-up spot in the standings for a second year in succession.

An impressive support package will complement the main event at Circuit de Barcelona-Catalunya. Blancpain GT Sports Club will conclude its season with a pair of races in Spain, which will see the new GT2-spec cars competing alongside the established GT3 machinery for the first time. Porsche Carrera Cup France and Benelux will join for a one-off appearance, while leading junior series Formula Renault Eurocup will contest its eighth doubleheader round of 2019. 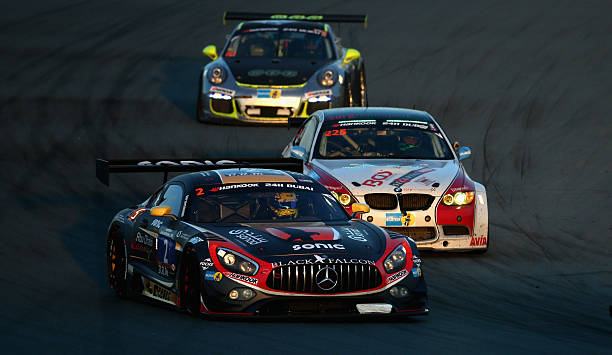 The weekend will follow the usual schedule for Endurance Cup events. Following paid testing on Friday morning, the first official session will take place later in the day when the 60-minute bronze test begins at 17.00. A 90-minute free practice will follow on Saturday morning at 10.20, with pre-qualifying at 15.05 providing the same amount of track time.

As ever, the main action will be staged during a busy Sunday. Qualifying will go green at 09.30, setting the grid for the afternoon’s deciding three-hour race. Scheduled to get underway at 15.00, this final contest will settle the outcome of the 2019 Blancpain GT Series and Endurance Cup titles. With plenty of silverware still to play for, it promises to be an epic Spanish showdown.