Gaurav Gill of Team MRF, driving a Skoda Fabia R5, began his defence of the Asia Pacific Rally Championship (APRC) in style at the Rally of Whangarei, pipping his Norwegian teammate Ole Christian Veiby to win the opening round of the year.

Indian rally ace Gaurav Gill began his FIA Asia Pacific Rally Championship title defence with a bang, winning the International Rally of Whangarei in New Zealand, the first round of the 2017 championship.
Gaurav Gill and co-driver Stephane Prevot (Belgium) of Team MRF Tyres turned around a 33-second deficit (from Day 1) to win the Rally of Whangarei on Sunday.

The defending champion was second fastest behind teammate Ole Christian Veiby of Norway after Day 1 (Saturday). Gill, however, put up consistently quick timings in the opening three stages Sunday, while Veiby suffered from a brake failure in his Skoda Fabia R5 in the first stage after service (fourth stage of Sunday).The 20-year old Norwegian was then docked a penalty of one minute, 30 seconds for reporting nine minutes late to the start of the next Special Stage, which effectively ruined his chances of scoring a win in his maiden APRC appearance. 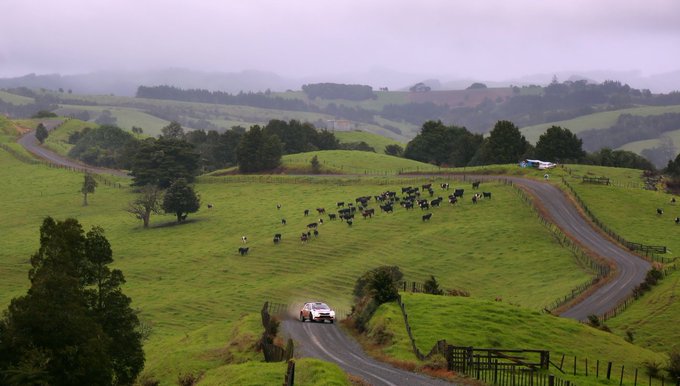 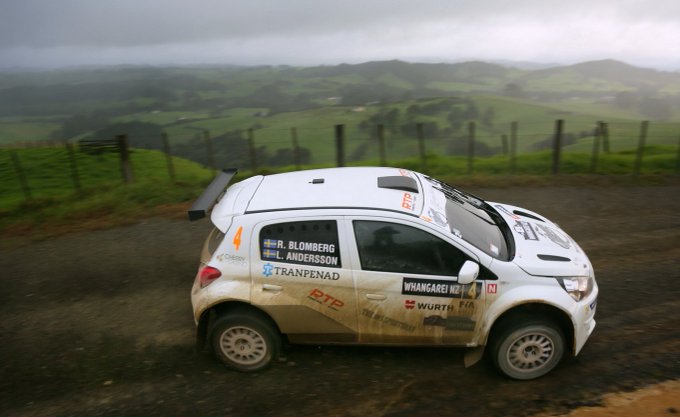 Gill, also in a Race Torque-prepared Skoda Fabia R5, seized the chance and cruised home with a comfortable margin of two minutes, 02.8 seconds to Veiby.

Gill was elated with the win but said it would have been sweeter had his teammate Veiby had not lost time due to a technical glitch and he had beaten him on the stages by sheer pace.

“I am delighted with today’s victory, but it would have been sweeter had OC (Veiby) stayed in the fight till the end, but his car had some issues,” said Gill after the podium ceremony. “Anyway, that is the nature of motorsport. Importantly, I showed that I was on pace with a WRC-2 driver that OC is and for me, personally, it was a statement that I have the speed to compete at the highest level.”

Gill added: “It is a good start to the new APRC season. I can say that becoming a champion is much easier than staying as one! I now look forward to the next round in Canberra, Australia, in a month’s time.”

Sunday’s victory was Gill’s third New Zealand rally win and seventh APRC win in a row, following his clean sweep of six last year, when he took his second title.Sweden’s Robert Blomberg (co-driver Lars Andersson) of Mpart Sport in a Mitsubishi Mirage took third place in the APRC category, a little over 17 minutes behind Gill.