Nelson Piquet Jr. earned the first victory of his Red Bull Global Rallycross career in Saturday’s Red Bull GRC Washington D.C. presented by Volkswagen. After finishing runner-up to Patrik Sandell in last year’s inaugural race in D.C., Piquet turned the tables by holding off Sandell from start to finish in this season’s final. 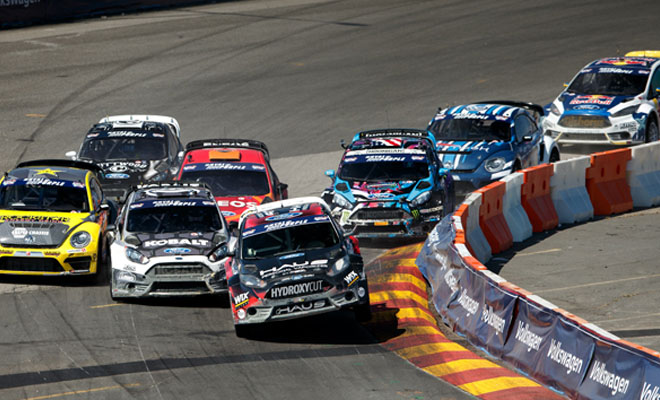 “Thanks to my team – they’ve been making the car quicker and quicker every race, and we’ve just been getting more and more competitive,” Piquet said after Saturday’s main event. “Patrik kept it clean the whole race, and I think that was a bit of a thank you from last year, when we were battling together – he finished first and I finished second. All of our sponsors have been supporting us for such a long time, and they deserved a win. Hopefully this is just the first one!”

“It’s a great event to be here in D.C. this weekend,” said Clark Campbell, motorsports general manager, Volkswagen of America. “We thought this track was really a racy track, and the cars looked cool out there bouncing around the rough sections. We think coming back to the same location two years in a row has been really helpful for the series, and we hope to continue to grow some momentum in the markets we come back to.”

Piquet’s victory was also the first for SH Rallycross, and came on the heels of a nearly perfect weekend. He turned the second-fastest lap in qualifying, won both of his heat races, and claimed a victory in the semifinal to earn lane choice on the grid. The victory also allowed him to jump from sixth to third place in the Supercar standings with only five races remaining.

In GRC Lites, Alex Keyes rebounded from mechanical issues that kept him out of the previous event in Detroit to win his second main event of the season. Keyes held off Oliver Eriksson for the victory, while new Lites points leader Miles Maroney claimed third.