Aprilia MotoGP team boss Fausto Gresini has had to be placed back in a medically induced coma following further health complications as he battles Covid-19. 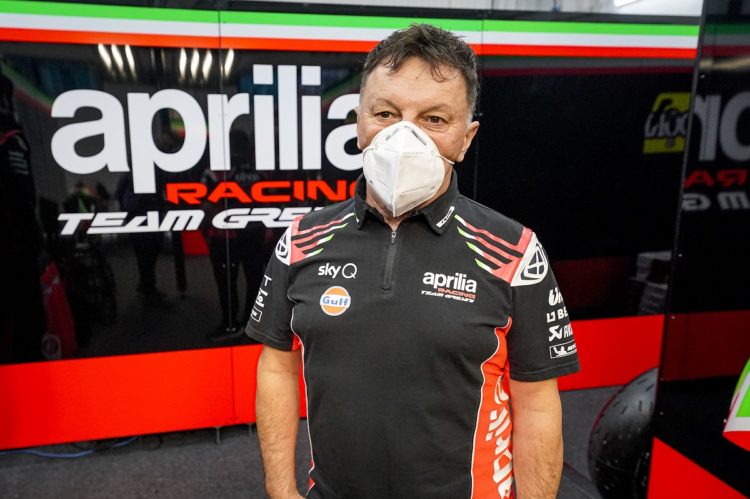 The Italian has now spent two months in hospital since contracting the virus just prior to Christmas as he struggles to breathe freely due to the severe damage to his lungs caused by Covid.

A bout of intestinal pneumonia caused his condition to worsen even further, though he recovered sufficiently to be brought out a coma just over a month ago, allowing him to make video calls and talk to family members and doctors.

His condition has unfortunately worsened in recent days though as the damage to his lungs has so far proved too much for the two-time 125cc world champion to regain the ability to breathe on his own, with Doctor Nicola Cilloni of the Maggiore Carlo Alberta Pizzardi hospital in Bologna where Gresini is situated describing his condition as “critical” following recent “complications”.

Cilloni said in a statement released late on Thursday that hospital staff are continuing treating Gresini “with the highest possible intensity”, while confirming that he has now had be placed back in a medically induced coma alongside being supported by a mechanical ventilator.