It was something of a bruising encounter for the two new Aston Martin Racing V8 Vantage GT4 cars of Generation AMR and Optimum Motorsport as they were the sole representative’s of the marque at this weekends Gulf 12Hr from the Yas Marina Circuit, Abu Dhabi.

Coming back for another stab at the GT4 crown having won their in 2017 were the crew of the #44 David Appleby Engineering prepared car of James Holder, Matt George and Steve Tandy whereas the #15 Optimum car fielding a trio of drivers new to one another in GT Cup racer David Holloway, BMW tin-top racer Dave Whitmore, both supported by GT4 America racer Michael Dinan all of whom were hoping to learn and develop from the experience rather than having any fighting chance of a podium position considering the strength of the small but perfectly formed GT4 grid.

The difference in abilities between cars was clear after Qualifying when their combined times placed the #44 car P3 for Saturday’s Part 1 starting grid whilst the #15 car was another 1.5 seconds slower with a P29 start.

With the customary numbers of clashes between the faster GT3 and the slower GT4 machinery during the opening hours, both teams managed to survive the first six hours of racing conducted in full daylight conditions before the grid headed for a short interlude to resume their final six hours into the night a couple of hours later. 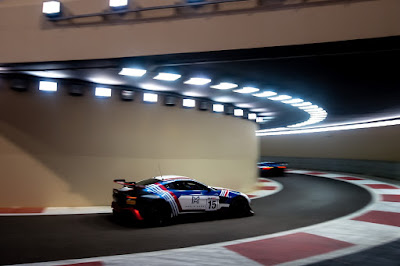 The #44 car was best placed just 36 seconds behind the class leading Balfe McLaren 570s in P4 with the inexperienced #15 crew was still proving their worth being just a lap down in P5.

Drama however would come to both teams in the second half of the race – firstly for the #44 car which would suffer sizeable front end impact damage on the formation lap for the race restart where Holder would collect the race leading Balfe car in front as the grid jostled for the green flag.

Initially coming straight into pit lane for repairs to what first appeared to be a loose bonnet, Holder was sent off again to continue his opening stint before their temporary repairs failed and ripped the unsecured bonnet from its mountings.

Pulling into the garage with coolant pouring from the radiators, a missing bonnet and damage to the roofline – that would ultimately put pay to their 2019 challenge although the team worked hard to get the car out again (with a little help from Optimum with parts)  for just a few more laps before the day was eventually called.

Things wouldn’t go much better for Holloway (then in the #15 car) at the same time as the #44 car was having its issues with its bonnet as an over ambitious move from the all women crewed Iron Lynx Ferrari GT3 would result in the bronze driver having nowhere to go in avoidance of the Ferrari’s actions that collected wheels with the AMR breaking its rear wheel linkage on the spot, putting the #83 Ferrari car out of the race.

Racing on adrenalin and sheer excitement for the event, the crew of the #15 car would eventually take the chequered flag P5 in class – seven laps behind the class winning Balfe car but finish they did with a smile. 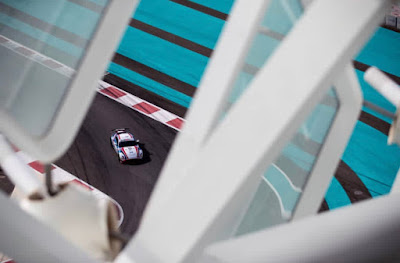 For Mssrs. Holder, George and Tandy – they will be seen again at a race track somewhere in Europe next season whether it be in an AMR GT4 or a historic LMP1 car. For the drivers of the #15 Optimum car however, the Gulf 12hr was all about working out what their next racing steps would be – whether to step up to GT4 as a class for Whitmore or whether to upgrade to an AMR for their ongoing GT4 ambitions wherever they may be for both Holloway and Dinan.

Only time will tell on the latter points but we can be assured that a good time was had by all despite the racing outcome.