Lewis Hamilton extended his lead in the Formula One world championship with a second-place finish at the Malaysian Grand Prix but his Mercedes team now head to Japan with more questions than answers. 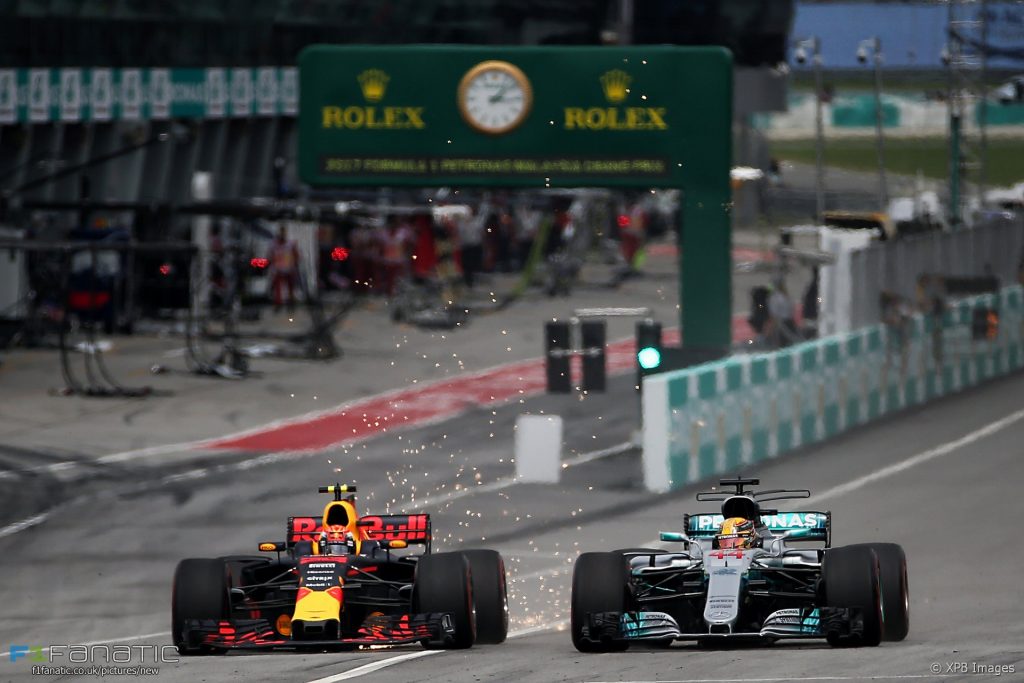 Having professed surprise at putting his car on pole position, Hamilton could not live with the race pace of Max Verstappen – who took the second victory of his career as Red Bull won what could be the last race in Sepang.

But, with his main title rival Sebastian Vettel starting last after engine trouble on Saturday, Hamilton was able to open up a 34-point lead over the German, who finished fourth in his Ferrari.

Both Red Bull and Ferrari were quicker than Mercedes for much of the weekend and, even though the team now head to the Japanese Grand Prix in a week’s time in a stronger position, Hamilton admits there is work to be done on an inconsistent car.

“I don’t know what I’m able to say and not say as I don’t want everyone knowing all of the problems we do have,” he said.

“I think it is unknown at the moment. We definitely have work to do that is for sure. It was the best I could really do.

“There are definitely positives in terms of the actual result we got. It was a bit fortunate, a bit lucky for us.”

Talking about his post-race discussions with team-mate Valtteri Bottas and Mercedes head of motorsport Toto Wolff, Hamilton said it was good to be able to address the issues head on.

“I feel positive, the debrief was one of the best debriefs we have had. Period,” he added.

“It is often the case that when you have a win there is not a lot to say and everyone is riding on positives. When you have a difficult day, that is when there are more questions and you go into more detail.

“There is stuff you don’t even know about that has been happening through the weekend that is not acceptable for this great team and we all know that and need to work on those areas.”

Having started the weekend with such promise, this was another grand prix to forget for Ferrari.

Kimi Raikkonen had qualified second with Vettel sidelined but he could not even make the start this time around as a battery issue meant he was left in the garage.

Vettel fought valiantly from the back to take fourth and came close to a podium, but his weekend ended in farce as he was involved in a collision with the Williams of Lance Stroll on the slow-down lap which saw his Ferrari left with three wheels.