Mercedes have matched Ferrari’s most golden period over the past five seasons, winning the drivers’ and constructors’ championship each year.

Hamilton has taken five drivers’ titles, moving him in sight of Schumacher’s seven. Another record that could well be matched over the next two years is Schumacher’s tally of wins – he has 91, with Hamilton on 73.

And the reigning champion paid tribute to Schumacher has he turned 50. 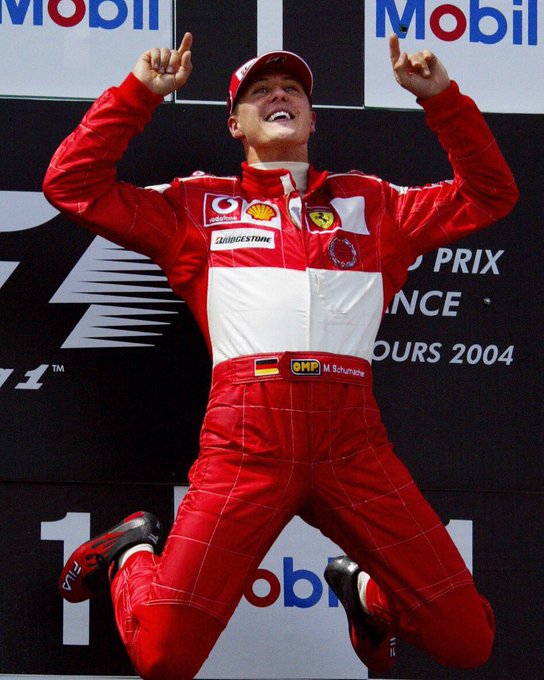 Wishing you a happy birthday, Michael. 50 years of life and a legacy that will last forever. What an honour it is to say that I have raced with you. You’ve always been a true inspiration to me and the entire world. Keep fighting, Champ

Hamilton replaced Schumacher at Mercedes after the German’s second F1 retirement and has gone on to lead the team’s recent success – although team principal Toto Wolff says it would not be possible without Schumacher’s influence.

“Michael is one of the founding fathers of the success we have had in the last five years,” said Wolff.

“There is no other driver like him and his vast experience contributed tremendously in the development of our team. He played a crucial role when we re-joined F1 and was one of the people who laid the foundation for our future success.

“We’re extremely grateful for everything he did for us. Today, we all tip our hats to you – happy birthday, Michael!”