Red Bull team principal Christian Horner says he is relieved the Austrian Grand Prix stewards did not ruin what he describes as the perfect day for his team by penalizing Max Verstappen.Verstappen charged through the field after a slow start to eventually pass Charles Leclerc with three laps remaining to take his and Red Bull’s first win of 2019, and Honda’s first victory in the hybrid era. The race-winning move involved contact between Verstappen and Leclerc touch that drew the attention of the stewards, but Horner is pleased that moment didn’t overshadow the race. 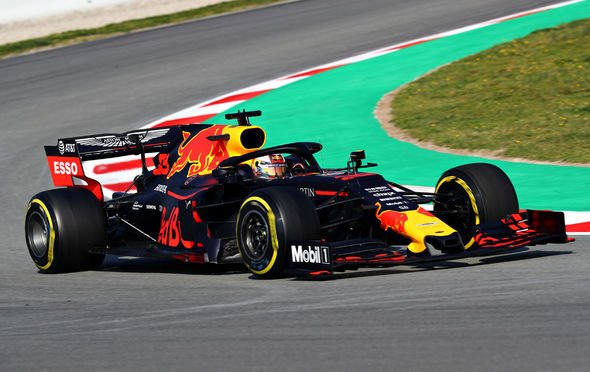 “Relieved with the decision,” Horner said. “To be honest with you, I thought it was a great race. What a contrast to a week ago. Max had anti-stall at the start, he bogged down at the start, came round behind his teammate half way round the lap. And then had to start passing.

“At that stage, I thought fourth, maybe if we were really lucky third would be possible. But he went past (Kimi) Raikkonen pretty quickly and he dealt with (Lando) Norris pretty quickly. He then started to close on Sebastian (Vettel), but he had a big vibration in the first part of the race, because he locked up on the first lap, so there was a lot of vibration.

“Then Lewis (Hamilton) did some damage to his front wing. They had a slow stop to change the wing. And we just went as long as we could with the vibration he had and he was still doing competitive lap times, even against Leclerc and (Valtteri) Bottas, who had already stopped.

“When we finally stopped, the guys nailed it. I got it on my watch at 1.8s, which is the fastest I’ve ever had in terms of a stationary time, and then after that, he brought the tires in pretty gently. His tires were eight to 10 laps younger than the cars ahead, and he just put the hammer down. He caught Sebastian, and the Ferraris are so fast on the straight here but we were a lot quicker through Turn 1, so he was able to use that momentum, and then with the DRS he passed him.

“Hamilton we were pulling away from, and we thought at least we got a podium back. He started to catch Bottas, but seriously catching him, and then he set the fastest lap of the race and he seemed to have everything under control. And then he passed Bottas pretty straightforwardedly, and then with 10 laps to go you start to believe this could be possible.

“He kept working away at it, and he was just in much better shape than Charles. He passed him once at the top of the hill, but didn’t get the traction out of the corner and Charles was able to drag back past. And then the next lap, he got the move done. It was close racing, he had won the competition in the braking area. There was a touch as Charles turned in, but I thought it was good racing, tough racing.

“By the time…he was slightly ahead, got to the apex first, it was checkmate. Then he got his head down and was pulling away. To win here in Austria, Red Bull car, to get Honda’s first win as well since 2006, in the style and manner he did was the perfect day for us.”

While Horner insisted he was not concerned while watching Verstappen pull off the move, he admitted he got nervous once it was under investigation.

“We were completely convinced it was OK,” he said. “Then it goes to the stewards, at that point you don’t know. Tom Kristensen and the stewards up there have made absolutely the right choice. One day it will go against us. It was hard racing, fair racing – it’s what F1 should be.”