WHEN DISCUSSING HUNDREDTHS OF SECONDS DIVIDING DRIVERS, IT IS TYPICALLY RELATED TO QUALIFYING TIMES IN CIRCUIT RACING. BUT AS JULIAN PORTER EXPLAINS, THIS IS JUST AS RELEVANT TO RALLY, AS OBSERVED AT NESTE RALLY FINLAND. 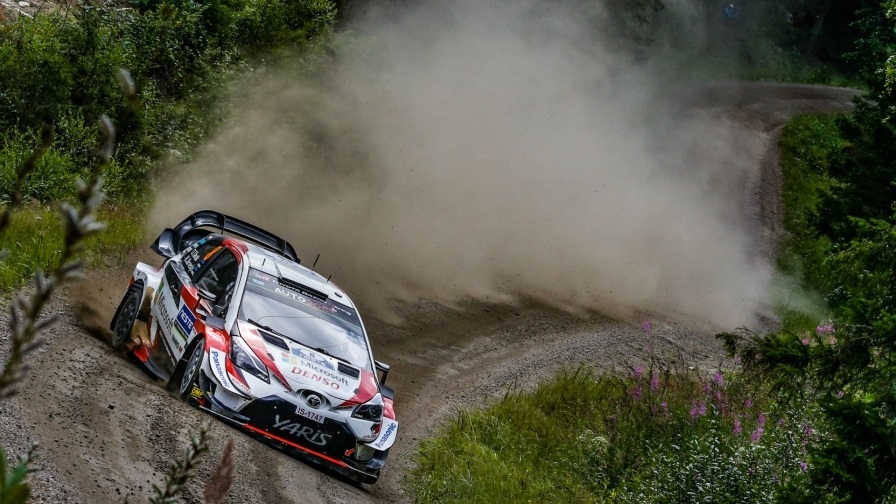 Widely regarded as the fastest rally of the year, there was amazingly only 2.2 seconds dividing the Toyota Gazoo trio of drivers – Jari-Matti Latvala, Kris Meeke and Ott Tänak – at the end of Saturday morning’s 14.42km SS12.

But what was about to unfold, was even more incredible, as the 2.2 second gap was slashed to 0.6 seconds by the completion of the next stage, the 22.87km SS13, ‘Päijälä’. Take a moment to let that sink in – by the time you say ‘0.6 seconds’, it has already occured. After more than 160km of special stages on gravel roads, there was only a six tenth of a second dividing the three Toyota teammates at the top of the standings.

Re-watching the stage, Porter breaks down a section at the end of the 3.1km split, observing just how sparingly the three are using their brakes, pinpointing the finest of margins that ultimately divided them at stage end.

Meeke was the fastest through the stage but could have come even closer to Tänak in the overall standings. You can see that he dabs the brakes at 10:21.3, for four seconds, maybe pressing them harder than Tänak, losing 0.3 seconds to the Estonian in the final split.

Tänak was the third quickest through the stage, but the fastest through this final split. He brakes at 10:22.9 at a speed of 179kph but he’s still on the throttle. He braked slightly earlier than Meeke, but he removed his foot after 3.9 seconds, 0.1 of a second less on the brakes in this short section but giving him a 0.3 second gain on Meeke over the split.

Much like the other two, Latvala is also using his brakes sparingly going through this section, braking at the exact same time as Meeke, making him second-quickest in the stage overall, grabbing the overall rally lead back from Tänak.

Porter breaks down the confidence of the Toyota drivers, and their sparing use of the brakes down to three reasons:

1 – By gently pressing the brake pedal the front of the car will lower slightly – pushing it into the ground, giving the car more grip on the front end as the weight is on the front tyres.

2 – The press of the pedal could just be a confidence thing, at those speeds with a proper corner coming up and on the first pass of a stage you might just dab the brakes to make you feel that you have at least done it.

3 – You are just carrying so much speed that you have to brake.