The 2016 FIA Formula One World Championship has thus far been full of twists, turns, and plenty of drama. The Hungarian Grand Prix is on the horizon, promising to present new challenges for drivers. The event takes place from 22 July to 24 July 2016, with the race itself occurring on the 24th. Here’s a look at what to expect when Formula 1 comes racing into Budapest this year.

The race takes place on the Hungaroring track, positioned 20 kilometres to the north of Budapest. The track presents unique challenges for drivers, being narrow in comparison to more modern circuits. Located outside of the city, Hungaroring is set in a valley and the track’s designers have made use of this natural setting. Drivers must navigate a slightly bumpy natural terrain. Another issue is that the circuit is mainly disused for the remainder of the year, which can lead to a dusty surface. Dirt can build up on the tyres, making it a bit more challenging for drivers to pass one another. Rain can potentially wash the dust away, but otherwise overtaking is best achieved at the track’s hairpin curves – there are 14 corners in total. Hungaroring is also the slowest permanent circuit that drivers face on the calendar, with an average speed of 190 km/h. Yet despite all of the challenges for drivers, this is one of the best tracks to visit as a spectator. A good 80 per cent of the track is visible from the best seats and the event is known for its congenial party atmosphere, complete with an onsite waterpark. 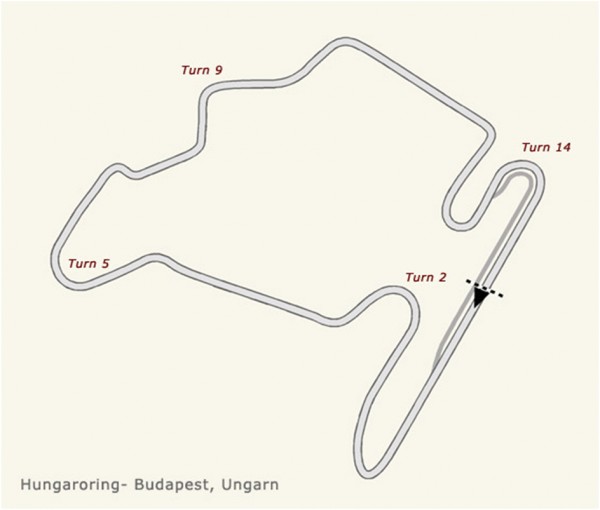 Hungary’s first Grand Prix was held in the 1930s, but a lid was put on motorsport during the turbulent years of the Second World War and its aftermath. It wasn’t until later in the century that motorsport began to find its footing in the country once more, and negotiations to plan a race in Budapest began in 1983. At first there was talk of a street race through the city, but instead construction of the brand new Hungaroring circuit began in 1985. The F1 Grand Prix has been held in Budapest every year since its debut in 1986, and has grown to become one of the racing calendar’s most exciting events. In its debut year, nearly 200,000 fans turned up to enjoy the spectacle. Hungaroring bears the distinction of being the first track to host a Grand Prix from behind the Iron Curtain. 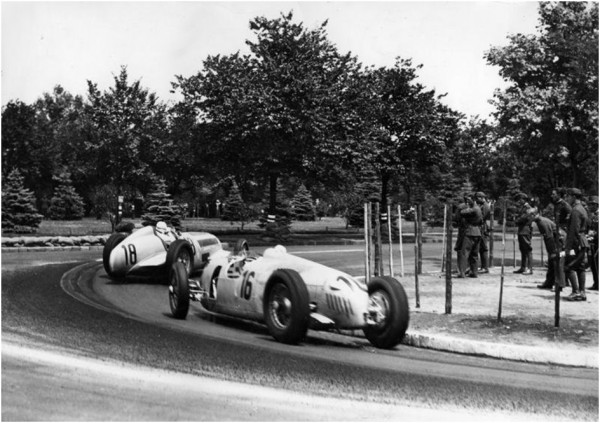 With its tight, twisting cures, the circuit is known for its challenges which has led to some real heart-pounding performances. One of the most memorable was in 1990, when Thierry Boutsen defeated Ayrton Senna by a mere 0.3 seconds. Another legendary race was in 1997, when Damon Hill passed Michael Shumacher’s Ferrari. However, he lost in the final lap due to mechanical failure for a shock upset. Last year’s race was one of the most thrilling and surprising overall, with Daniil Kvyat securing a second place despite a 10s-time penalty and Lewis Hamilton continuing his championship lead. McLaren managed to land the best points haul of the championship, with two of their cars placing in the top 10. Overall, Lewis Hamilton and Michael Schumaker share a joint record of the most wins for the Hungarian Grand Prix, both having won 4 times.

At the moment, Mercedes boasts an incredible lead on the heels of Lewis Hamilton’s win in Austria, but it remains to be seen if they can sustain this. Nico Rosberg is at the head of the pack in driver standings, also racing for Mercedes.

Yet with Rosberg and Hamilton’s collision in Austria, Mercedes is now considering suspending the two top drivers. This was their third collision in just five races. Will they be able to avoid this type of error and get along on the Hungaroring’s hairpin curves? It could be a challenging race for both. Hamilton certainly knows the track well as a past winner, but Rosberg is on fire this season. Current odds from Betsafe show a near toss-up between Rosberg and Hamilton, so we’ll see how this changes as the Hungarian Grand Prix looms closer. With the circuit’s unique challenges and the race’s history of surprises, it’s possible there could be an upset this year. At any rate, Formula 1 fans from across the globe will be watching!