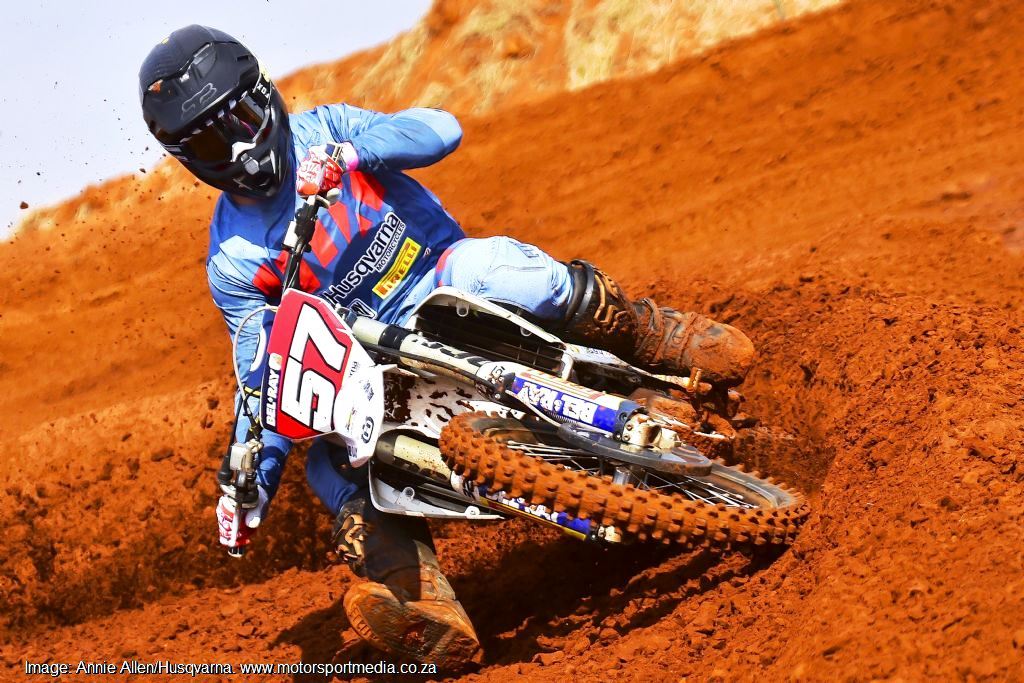 “We’ve built up a strong championship challenge so far and now its full focus on Dirt Bronco with my trusty Husqvarna,” Maddy Malan, who leads the MX2 title chase on a full house of 150 points off six straight wins pointed out. “I had another great weekend in Bloemfontein last race, but it’s important not to take anything for granted — this is only the halfway mark of the championship and we need to keep our eyes on that championship prize.
Teammate van der Westhuizen had an up-and-down weekend in the Free State and he’s keen to deliver strong results across the board in both MX1 and MX2 in Krugersdorp. “Dirt Bronco is our first home national of the year and it should be a good one — it’s a tight track, which has traditionally made for great racing so this year should be no different,” Richie explained.
“I’ve been feeling great on the bike lately, so hopefully we will have some better luck in MX 1, and MX 2 and I’m keen to maintain how I’ve been riding. “The competition in both classes is crazy this year so to get two good results is a tall order, but that’s definitely something I’m aiming for — big thanks as always to my sponsors and all the people behind me.”
“We are in the middle of a big fortnight in Gauteng,” Husqvarna Motorcycles SA Brand Manager Fred Fensham concluded. “The Kyalami Bike Festival, followed by the national motocross at Dirt Bronco will keep us busy and close to our fans but all eyes are on the Krugersdorp motocross where Matthew Malan and Richard van der Westhuizen will be fighting to build on Husqvarna Motorcycles’ SA Manufacturer’s Championship lead.” Dirt Bronco is on Viscount Rd in Luipaardsvlei, Krugersdorp.