Hyundai Motorsport is heading to Rally Italia on the island Sardinia as leaders in the drivers’ as well as the manufacturers’ standings of the 2018 World Rally Championship, after the team’s emphatic win in Rally de Portugal. 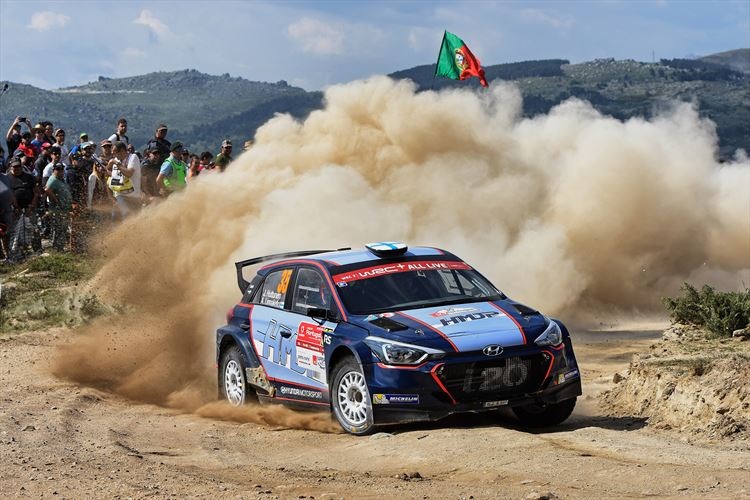 The victory of Thierry Neuville and Nicolas Gilsoul in their Hyundai i20 WRC Coupé, finishing with a margin of 40 seconds over second-placed M-Sport Ford driver Elfyn Evans, elevated the Belgian driver to a lead of 19 points ahead of Sébastien Ogier (M-Sport Ford), who did not score in Portugal.

In a hard-fought rally where many competitors experienced issues, a level headed strategy from Neuville and his co-driver, Gilsoul, saw them secure Hyundai Motorsport’s second victory of 2018.

“What a weekend and what a result!” said Thierry. “We have taken a clever approach to the event, pushing when we could and controlling the pace when we needed. The car has been fabulous all weekend long, and the team has been behind us every stage of the way.”

“Thierry and Nicolas have put in a classy performance,” said Michel Nandan, Hyundai Motorsport’s team principal. “They have had a clean drive with excellent pace that has allowed them to control things from beginning to end.”

Dani Sordo and Carlos del Barrio, in the second Hyundai i20 WRC Coupé, also added points for a strong run on the legendary Fafe stage in Portugal, but had to settle for fifth place overall. The Spaniards looked set for a podium charge, but a ten-second penalty dropped them out of the top three.

Esapekka Lappi was handed a ten-second penalty after the conclusion of the rally, moving Sordo and Del Barrio up to fourth overall.

“I am disappointed not to finish on the podium after what had been a very promising and competitive weekend for us,” said Sordo. “We showed our pace in many stages and were definitely in the fight.” 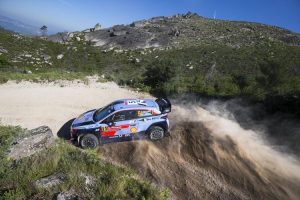 Andreas Mikkelsen and Anders Jaeger, in the third Hyundai i20 WRC Coupé, battled to the end of Rally de Portugal after encountering technical issues early in the event. They scored important points for Hyundai Motorsport in the manufacturers’ championship, helping to stretch its total to 175 points, with M-Sport Ford second on 162.

The Hyundai Motorsport team now heads to the island Sardinia for Rally Italia, where they were victorious two seasons ago. Rally Italia begins on Thursday 7 June and ends on Sunday 10 June.

“Portugal was a near-perfect weekend for us,” said Neuville. “Sardinia is one of the most technical events on the calendar, but the stages tend to suit my driving style and pace notes system.”

As part of Hyundai Motorsport’s three-car line-up, Mikkelsen and co-driver Jaeger and Hayden Paddon and co-driver Seb Marshall will compete in the no. 4 and no. 6 i20 Coupé WRC cars respectively.

“I am feeling fighting fit and I’m ready to get back down to business,” said Paddon. “Rally Italia is certainly one of the highlights of the year. I scored my first WRC podium there in 2015 and led the rally in 2017. I would like to finish what we started last year.”

Mikkelsen, too, is eager to bounce back on the hot and oppressive Sardinian stages. “It’s important to have high concentration,” he said. “There are many rocks sticking out that can cause punctures or damage. It will be tough on the mind and body, as well as the car and tyres, but we’re ready for it.”