Once again, the IndyCar Series field is chasing Juan Pablo Montoya, who Sunday repeated as Firestone Grand Prix of St. Petersburg champion.Montoya led last season start-to-nearly-finish and would have been the series champion had Team Penske teammate Will Power not bumped into him in the final race at Sonoma Raceway. 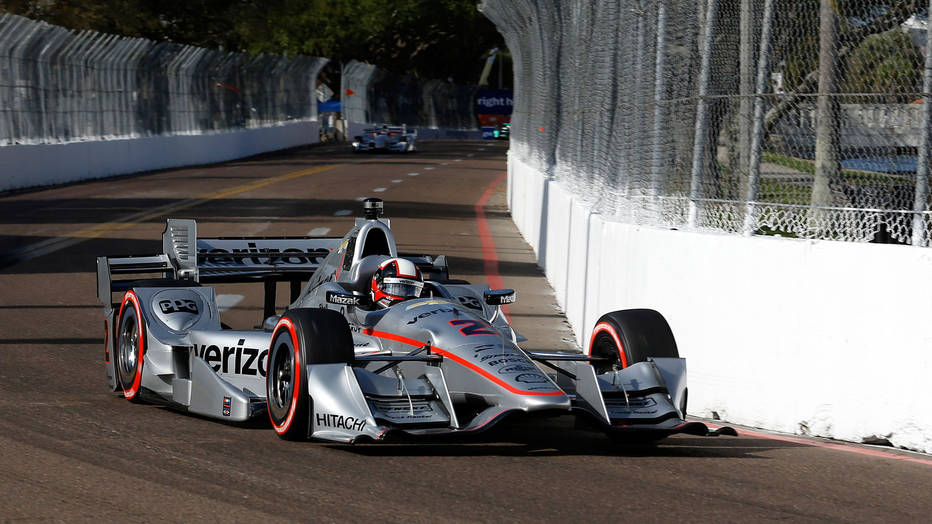 It didn’t help Montoya’s cause that Scott Dixon of Ganassi Racing benefited from a double-points-paying weekend. Dixon won that race with Montoya finishing sixth.

Sunday’s focus was again on Power as he was held out of the race due to concussion-like symptoms. After veteran driver Oriol Servia was put in the No. 12 Chevrolet for practice and then the 110-lap race, IndyCar confirmed that Power suffered a mild concussion, presumably in Friday’s turn nine crash in practice.

Power hit the outside wall when he briefly removed his left hand from the steering wheel to adjust the car’s brake bias. Initial review showed no injury or effect from the impact, but when he still felt nauseous in the hours leading up to the race further examination took place.

Power now falls under IndyCar’s concussion protocol and must be re-evaluated before being cleared to drive. IndyCar’s next event is April 1-2 at Phoenix International Raceway.

Like all the drivers, Montoya moved up a position at the start as Power’s car, driven by Servia, retreated to the back of the 22-car field due to having a replacement driver. Fellow Team Penske drivers Simon Pagenaud and Helio Castroneves started on the front row, with Montoya lining up third.

Montoya, who won for the 15th time in his career, took the lead for the final time on the restart at lap 64, passing rookie Conor Daly in turn one. That restart followed a nine-car pileup in turn four on the restart immediately prior.

That incident seemed to start with Castroneves lightly bumping Scott Dixon. They continued on, but behind them was a mess. The primary contact came from Carlos Munoz hitting Graham Rahal from behind, and the incident soon included Charlie Kimball, Servia, James Hinchcliffe, Alexander Rossi, Sebastien Bourdais, Mikhail Aleshin and Luca Filippi, and there might have been others.

As for the rookies in the season-opening field, Daly held the lead for a time and drove well. He might have finished in the top five had his Dale Coyne Racing machine not suffered a broken front wing in the final stint. His car also was overheating.