Skip to content
Sami Zureik will be the clerk of the course for next week’s Jordan Rally — the sixth round of the FIA Middle East Rally Championship, the Jordan Rally Media Service announced on Monday.

Zureik has been involved in motorsport since 2001 and has been chief marshal of Jordan’s Middle East round since 2008, but he has stepped into the key role after running six successful national rallies over the past year. 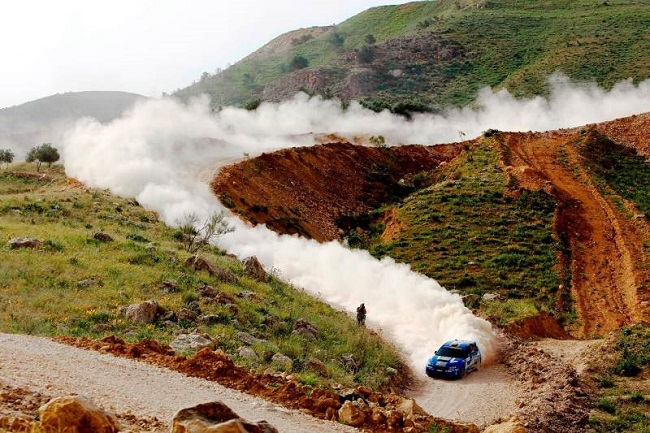 “I am really enjoying the experience,” said Zureik. “The Jordan Rally is a massive logistical event with so many facets to bring together but thankfully I am backed up by a very experienced and energetic team who will ensure Jordan delivers a world-class event.”

The Jordan Rally gets under way with a big afternoon of entertainment in Abdoun on October 15 when a ceremonial start on the roundabout will be followed by an exhilarating “spectator stage” on a specially created track close by.

That is followed by 20 timed stages held over the next two days in the Dead Sea and Jordan Valley areas.

While the rally has a familiar look about it, Zureik said the region’s top drivers can expect some surprises this time round.

“We have tweaked a few of the stages and have also added a brand- new stage called Rama to provide something fresh for the drivers,” Zureik said. “It will be a tough challenge once again, while at the same time it will be a spectator-friendly event which is completely free of charge for everyone to enjoy.”

For the first time QR codes are available so that drivers and spectators can download maps straight to their smartphones for easy reference. Zureik has also introduced technology to reduce the man hours spent in planning the routes by using satellite imagery available online.

Zureik is backed up by the hugely experienced Randa Nabulsi who was a clerk of the course for one of the FIA World Rally Championship rounds that Jordan hosted. She is providing invaluable input as the 2015 deputy clerk of the course.

The 2016 Jordan Rally has once again attracted a quality field with Nasser Al Attiyah hoping to clinch his 11th regional drivers’ title in 13 years.