Lewis Hamilton has already surpassed Michael Schumacher as greatest of all time, says Eddie Jordan Lewis Hamilton has yet to beat Michael Schumacher’s record haul of seven world championships, but as far as Eddie Jordan is concerned the Mercedes superstar has already overtaken the German legend.
The Briton sealed his sixth world title at the US Grand Prix earlier this month to put him within one championship of Schumacher, and just eight race wins short of matching the former Ferrari’s drivers illustrious record of 91 career victories.

“He had some stiff talent in terms of (Alain) Prost, (Aryton) Senna and Schumacher, and people before that with (Juan Manuel) Fangio. I think the sport has moved on, but we are talking about the current era, and I think Hamilton is ahead of anybody.”

Jordan, 71, admits that Schumacher’s success was partially achieved by total backing of their prized asset during Ferrari’s glory years, whereas Hamilton has most often relied on himself to fend off stiff competition.

When one looks at the calibre of competition Hamilton has had for team-mates over the years – from Fernando Alonso to Nico Robserg to Valtteri Bottas – that’s even more of a reason why the 34-year-old deserves to be regarded as the greatest.

“One of the things that went ahead Michael. There’s no doubt about his speed, talent, unbelievable, seven world titles. I also managed (Eddie) Irvine, (Rubens) Barrichello, (Jean) Alesi and all these guys, who drove in the team with him,” he said.

“I just feel that Ferrari and Michael didn’t need to control the driver like they did. That plays a little against him in my opinion. Some people say he’s the greatest of all time.

“Prost didn’t go into McLaren and say Senna can’t pass me here, or someone has to let me by. He was a racing driver, a team-mate, he did his best. They weren’t implied conditions contractually. That’ll always stand against Michael.” 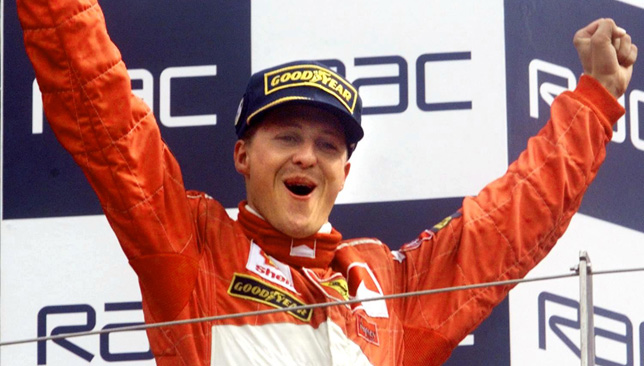 Hamilton will celebrate his 35th birthday in January, then set his sights on matching the German’s record, convinced his skills and motivation are yet to peak.

The Stevenage man is still highly motivated and has proven to have the edge over rivals Sebastian Vettel, Max Verstappen and Bottas, and will be confident to do so again in 2020.

Still extracting the maximum from his car, Hamilton will be relentless in his pursuit of another world championship, and perhaps spurred to greater heights because of the rise of Charles Leclerc and Verstappen.

Aside from his general class behind the wheel, his mental control sets from apart from the competition. At this level, you have to have a mental control to block out the pressures and directions of life in general.

Hamilton has blocked it out and performed when necessary. And even with his rivals showing admirably for stretches of the season, Hamilton still remains a titanic opponent to overcome.

“He should be on seven titles. He shouldn’t have let Nico (Rosberg) beat him in 2016. Let him win his seventh title first and go on from there,” said Jordan.

“The car is strong. Great drivers always wind up in great cars, and between Niki (Lauda), Toto (Wolff) and the team, I believe that Lewis helped develop that car into being as good as it is. So do not assume that he just has the best car. He does have a very strong car. But could he win a world championship in Ferrari, absolutely?”