The 46-year-old nine-time World Rally champion Sébastien Loeb who is the most successful driver in the history of the FIA World Rally Championship is set to change discipline after the 2020 season according to Spanish publication Diario AS. 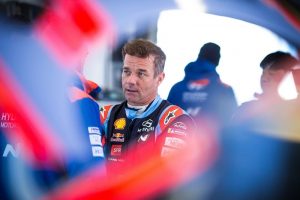 Loeb has previously competed in the Dakar Rally four times before and took his best result in 2017 as he finished second, but now he is looking to be back in the series for 2021 to try to take his maiden victory.

The last time Loeb drove in the Dakar Rally was in January 2019 before he signed his current position with the Hyundai Motorsport in WRC.

According to the Spanish national sport news publication Diario AS’s article and interview with the three-time Dakar Rally winner and WRC champion Carlos Sainz, it is believed that Loeb has already started negotiations with the Overdrive team, which is fielding the Toyota Hilux cars with support by Toyota Gazoo Racing and Loeb has already tested the car.

If this happens it means that Loeb would replace Fernando Alonso, who is set to change to other disciplines and by the ongoing rumours, Alonso could be back in the Formula 1 soon.

Alonso participated in the Dakar Rally earlier this year, which was held for the first time in Saudi Arabia. He finished thirteenth overall in the class after he rolled his Toyota Hilux down a sand bank.

Loeb’s current contract with Hyundai Motorsport will expire at the end of this season meaning that he has the chance to return to the Dakar Rally early next year.

Diario AS also mentioned that the deal with the Overdrive team and Toyota Gazoo Racing could also allow Loeb to participate with the manufacturer in WRC also in the Toyota Yaris WRC car.