Sebastien Loeb’s hopes of a strong finish on his return to the Dakar Rally received a major blow on Friday when he broke a suspension arm on his Prodrive-built BRX1 contender. 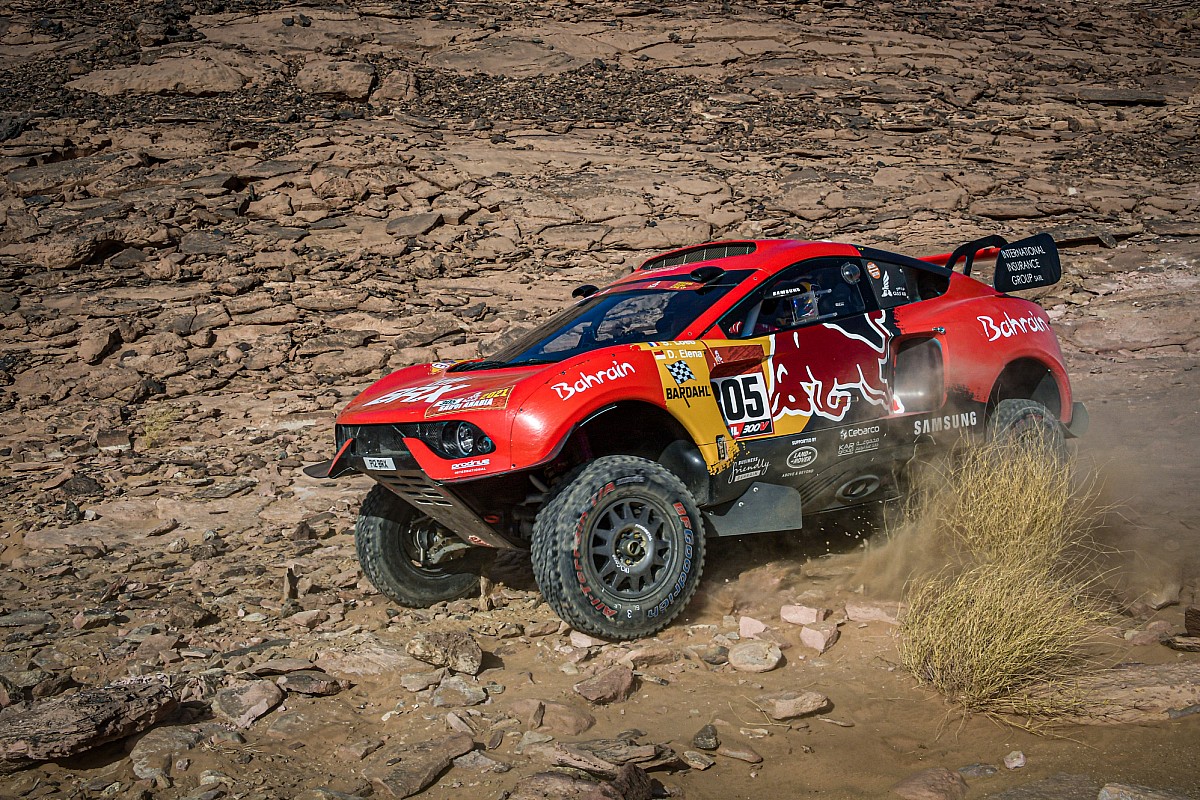 Having already been hit by a series of issues in the opening five stages of the rally, including punctures, navigational errors and a speeding penalty that prompted him to label the stewards “incompetent”, the nine-time World Rally champion was left stranded 97km into the shortened Stage 6 between Al Qaisumah and Ha’il on Friday.
Load audio player

The Frenchman had set the fifth-fastest time in the first 48km, just 37 seconds behind the X-raid Mini of Carlos Sainz, before coming to a halt with a broken suspension arm.

Loeb is currently awaiting the arrival of Bahrain Raid Xtreme team’s assistance crew, which will begin repairs on his car to ensure he can make it to the finish ahead of the rest day tomorrow (Saturday).

The BRX team’s objective is to gain as much mileage as possible on its debut with its new buggy, whose development was delayed due to the COVID-19 pandemic.

Prior to the start of Friday’s stage, Loeb had been 10th overall in the standings, 1hr40m07s down on leader Stephane Peterhansel of X-raid Mini.

After Stage 5, the Frenchman said: “For this Dakar, so much is about navigation. In my first Dakar, a driver could make more of a difference because we were driving on tracks and the driving was important. Now, the difference a driver can make by driving fast is very small, compared to what we lose by searching for waypoints.”

With Loeb dropping out of contention, BRX’s hopes of a top 10 finish on its debut rest on 2014 champion Nani Roma, who moved up to seventh in the standings after Stage 5.

The Spanish driver has had a strong run in Stage 6 so far, and was sitting fifth at the sixth waypoint of the day.