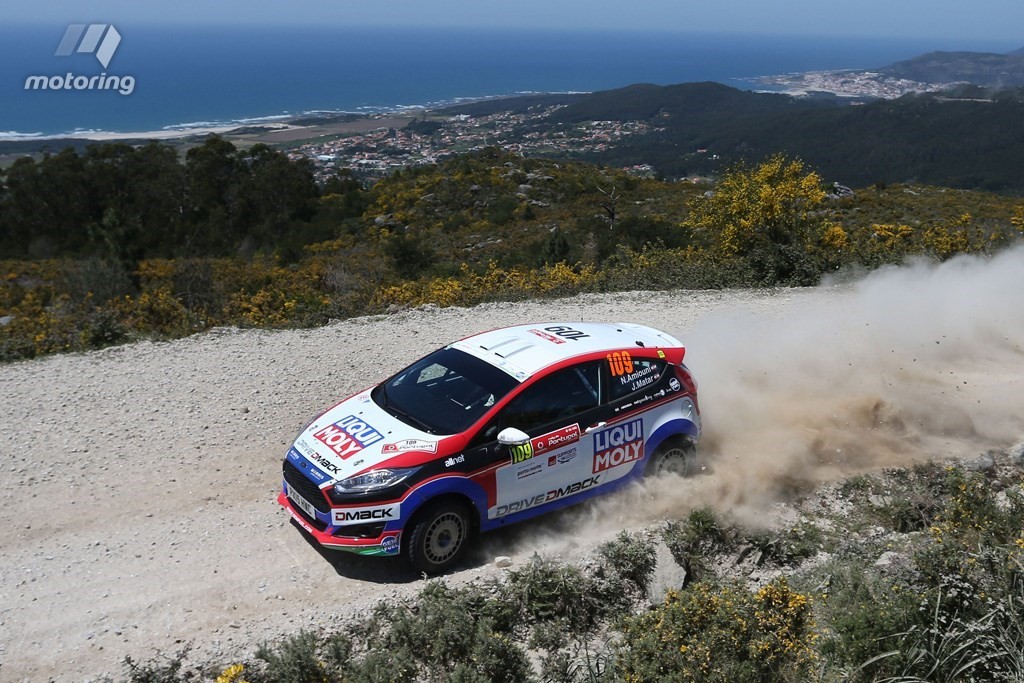 Reeves will pilot the new turbocharged Fiesta R2 with co-driver (and fellow Aussie) Anthony McLoughlin at the upcoming New England Forest Rally, a round of Rally-America. The event will mark the Fiesta R2’s debut outside of Europe, after Max Vatanen (son of 1981 WRC champion Ari) took it to a class win at Rally Portugal earlier in the year.

Reeves is no stranger to the methods of M-Sport, having competed in the WRC Academy over 2011-12 in the previous-generation naturally-aspirated Fiesta R2. Additionally he proved the dominant 2WD category driver in the 2013 Rally-America series with a Team O’Neil Fiesta, never finishing below fifth outright and winning the 2WD class in each of the five events he entered.

With this background the choice of Reeves was a logical step for M-Sport.

“I’m really excited by the opportunity M-Sport has given me,” Reeves told motoring.com.au of the announcement. “We won our class at New England in 2013, in the old Fiesta, so to be one of the first to drive the new car is awesome. It’s a stunning event, and though it can sometimes be narrow and sandy, it reminds me of Finland at times, the way it flows and the speeds.”

Additionally Reeves will return to Team O’Neil headquarters for some pre-event testing in the new Fiesta.

“I’m looking forward to the new car. It’s powered by a 180hp [134kW] 1.0-litre turbo-triple EcoBoost motor, which apparently sounds like a 911 on the stages!

“Being turbocharged it has 300Nm of torque from 4000rpm, compared to 190Nm in the old 1.6-litre car, and has anti-lag and launch control. It’s also much-upgraded over the old car, and has a new front-end. There are three-way adjustable front shocks and [20mm] more suspension travel.”

According to Andrew Wheatley, Business Development Manager at M-Sport, other modifications to the Fiesta R2 1000cc include a new gearbox with revised ratios and an electric détente, as per the Fiesta R5 cars that compete in WRC2.

There’s also a specific braking package with Alcon calipers and discs at all four corners, which are lighter and don’t require the pre-warming of the previous-generation Fiesta R2’s Focus-based system.

New electronics supplied by Life Racing, incorporating the same ECU and dash arrangement as the R5 car, and a 58L FIA-approved bag tank (up from 42L) are further highlights.

The latest Fiesta R2 will also cost more; as ever, M-Sport provides its rally vehicles for sale to privateers.

“The new kit will be £29,680, whereas the old one was £22,650. The old car was built in 2008, when the competition was not so good. The philosophy of the old R2 was to make a cheaper, more economical version, [but] the idea of the new one is different: It needs to be the fastest car in the class,” said Wheatley.

For Reeves, it’s another opportunity to strut his stuff in front of M-Sport and Ford, although – at this stage – it is a one-off entry.

“The car’s going right back to Europe after the event. All I can do is drive it professionally and quickly, and hopefully they’ll generate some sales off the back of it; Fiestas are very popular rally cars in North America. But I am very keen to see the relationship develop further.”

For the young Aussie who gave current WRC driver Elfyn Evans a hard time in the WRC Academy, it’s the chance of a lifetime.