Skip to content
Max Verstappen is the No 1 driver at F1 title hopefuls Red Bull.

The 22-year-old will have one last crack at replacing former Red Bull driver Sebastian Vettel as F1’s youngest ever champion this term.

Verstappen signed a new contract over the winter which tied him down to Red Bull until 2023, although it is understood to include break clauses related to performance.

If Red Bull are not in a position to challenge for honours, the Dutchman can walk away from the team, with Mercedes and Ferrari his only realistic destinations.

Verstappen has been touted as a potential long-term replacement for Lewis Hamilton at Mercedes, while he could drive alongside Charles Leclerc at Ferrari if Vettel leaves.

It has previously been speculated that Red Bull would pull the plug on their F1 venture if they lost Verstappen as it would be a signal they were a second-tier team.

During filming for the second of Netflix’s Drive to Survive series last year, it has now emerged Horner hinted that might be the case if Verstappen leaves.

“The reality is, Red Bull make an energy drink worldwide,” Horner said, after admitting Red Bull had taken a “risk” on engine suppliers Honda ahead of the 2019 F1 season.

“Formula 1 is a platform to promote and advertise it. If this new relationship with Honda doesn’t work, if we lose Max Verstappen, then you’d have to question Red Bull’s long-term commitment to Formula 1.” 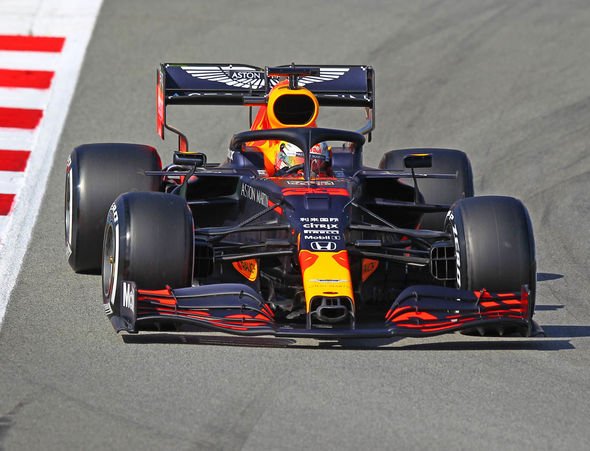 Max Verstappen will be eager for Red Bull

to fight Mercedes and Ferrari for the

Former F1 driver Martin Brundle speculated just after Verstappen’s new contract was announced earlier this year that Red Bull backer Dietrich Mateschitz might have withdrawn from the sport had Mercedes or Ferrari lured him away.

“Red Bull had to be super nervous of keeping Max, that was critical,” Brundle told Sky Sports. “You had to be concerned that if Max joined Mercedes or Ferrari that Dietrich Mateschitz, the team’s owner, might have looked at the whole thing and thought ‘what’s the point’ if he’s bringing a talent on like that only for him to jump ship.

“People love continuity inside Formula 1 teams. You build cars around drivers and their driving style. You build marketing programmes around them, you get long-term sponsors on board because you have got a long-term plan. Teams always look further down the road than they let on.”

Verstappen and Red Bull team-mate Alexander Albon will begin their 2020 F1 campaign later this month at the Australian Grand Prix in Melbourne.