Oh dear. It’s becoming quite tedious seeing the same storyline — Mercedes executing flawlessly as Ferrari blunders and bungles its way through a grand prix session. But that’s what we saw happen again during qualifying for the Monaco Grand Prix.

So, as has been the case on several occasions this year, our round up of the good, the bad, and the ugly of qualifying must begin with the red team. 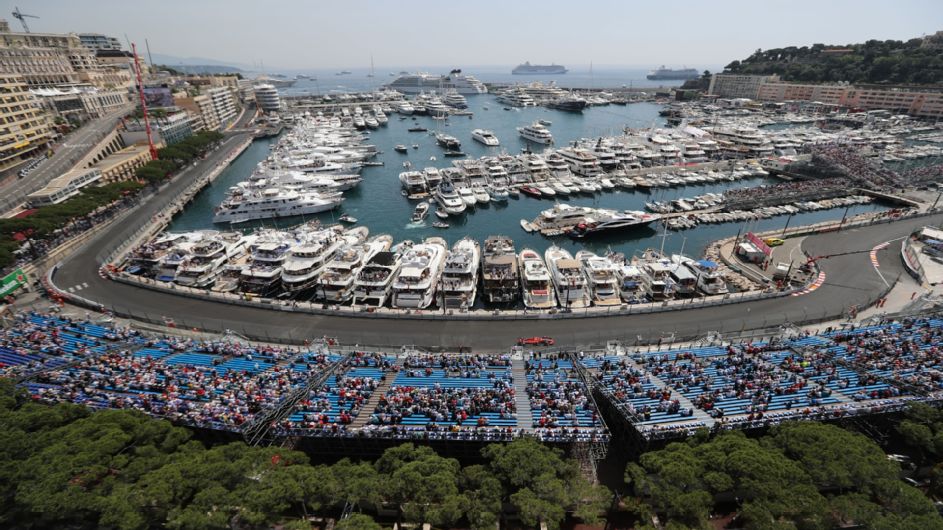 In the closing moments of the opening qualifying session, all eyes were on Sebastian Vettel, who had slipped into the elimination zone after a series of scruffy laps — the German’s car had been fixed up after an FP3 crash earlier in the day. But teammate Charles Leclerc’s name was only a few places above on the timing screen and the Monaco native appeared to be in an equally precarious position — but Ferrari opted against sending him out for a final attempt at a quicker lap, despite surely understanding that doing so left him at the mercy of others improving their lap times.

While Vettel did just that to advance to Q2, doing so knocked Leclerc into 16th position and out of qualifying. Cameras which picked up Leclerc in the Ferrari garage, showing the youngster looking baffled and shaking his head while asking pointed questions to any engineer within ear-shot. He faces the prospect of a long and frustrating afternoon of racing from the rear-end of the grid on Sunday.

Leclerc seemed as perplexed as everyone else watching after the session, saying: “I asked whether they were sure [I was safe]. They told me ‘we think we are’. I said ‘shouldn’t we go out again?’ But yeah, there was no real answer … Very difficult one to take.”

It sets up the prospect of a horribly frustrating Sunday afternoon for Leclerc around the streets of the city he grew up in. Starting from the rear end of the F1 grid is never an attractive proposition for someone with a competitive car, but doing so in Monaco is perhaps the worst of all — the narrow, twisty streets are the toughest place to pull off overtaking moves on the entire calendar. Mercedes looked pretty unbeatable in terms of the fight for pole position, but Ferrari should have had two cars up that there to fend off the threat of Red Bull’s Max Verstappen and to take advantage of any issues for the silver cars might have on Sunday. NS

Mercedes are running with a red halo this weekend to pay tribute to Niki Lauda. ANDREJ ISAKOVIC/AFP/Getty Images

Mercedes’ motorhome has been overflowing with emotions this weekend as the team has struggled to come to terms with the loss of its chairman Niki Lauda on Tuesday. The cars ran with red halos, a red star on the engine cover and Lauda’s signature on the nose, but the most fitting tribute was the performance the entire team put in to lock out the front row in Monaco. One common theme in the many conversations about Lauda this week has been that the no-nonsense Austrian would have wanted his teammates to get on with the business of racing of this weekend — or to use one of the three-time champion’s favourite phrases: “Give it arseholes”. By having its drivers split by just 0.086s in qualifying — not to mention 0.5s clear of the rest of the field — every member of the team can hold their head high on Saturday knowing they would have made Lauda proud. LE

Mercedes turns a weakness into a strength

Mercedes got their tyres working on the streets of Monte Carlo. Charles Coates/Getty Images

For the past two years Mercedes has struggled on the streets of Monaco, but this weekend the silver cars are in a class of their own. Changes to aero regulations in 2017 saw Mercedes plough its own furrow in terms of car design and that meant its car always tended to be at odds with its rivals here even if it was quick everywhere else. The problem boiled down to a struggle with balancing front and rear tyre temperatures, making for an unpredictable car that either didn’t have enough front tyre temperature or was cooking its rears.

However, the thinner tread on Pirelli’s 2019 tyres has changed the way the tyres need to be prepared for a lap of the Principality, favouring a car that can put maximum energy into the tyres. The W10 is capable of generating more downforce than any other car on the grid this year, and combined with an increasingly refined mechanical setup, the world champions have engineered a car that has conquered one of its bogey circuits. Meanwhile, Ferrari has gone in the opposite direction, putting its emphasis on aerodynamic efficiency over peak downforce, and as a result has struggled to generate the necessary forces through the tyres to get them working at their best. Once again, hats off to Mercedes. LE

But what wasn’t captured on camera was Bottas’ struggle with traffic on his outlap as he first came up behind Carlos Sainz and then had to queue behind Max Verstappen in the final sector in the final sector before launching onto his hotlap. All normal occurrences in Monaco and part of the luck of the draw, but also critical factors on a lap where tyre preparation is so crucial for getting a quick time.

It’s such a shame the midfield teams aren’t able to compete at the front. Because of the divide between the front and back we won’t know just how good those two were today, but both deserve plaudits for qualifying sixth and seventh respectively. The lap which helped Haas’ Kevin Magnussen progress from Q2 looked pretty special — the Dane brushed the inside wall on an earlier attempt, showing how hard he was pushing.

Daniel Ricciardo, meanwhile, is something of a Monaco specialist, having claimed pole here in 2017 and victory in 2018. Most were expecting Toro Rosso to occupy those ‘best of the rest’ positions after showing promising pace in practice, but its little surprise to see him dragging the yellow and black Renault on to the fourth row of the grid.