I have closed the chapter on Michael after a long period of mourning, otherwise I would go crazy

Mystery surrounds the 49-year-old German’s condition, with very little information made public since the 2013 accident, which occurred in the French Alps.

Willi Weber shaped Schumacher’s career after spotting his prodigious talent as a young man, and managed him until 2010.

He told German magazine Bunte: “I have closed the chapter on Michael after a long period of mourning, otherwise I would go crazy.

“We had the best, most successful time together and went through thick and thin together for 20 years.”

Mr Weber said Schumacher had been a ”dear, faithful friend”.

However, he stressed that the accident highlighted the fact that “none of us have out destiny in our hands”.

After the two parted ways eight years ago, Schumacher appointed Sabine Kehm to be his manager, and she continues in this role.

Schumacher was placed in a medically induced coma for six months after his accident. 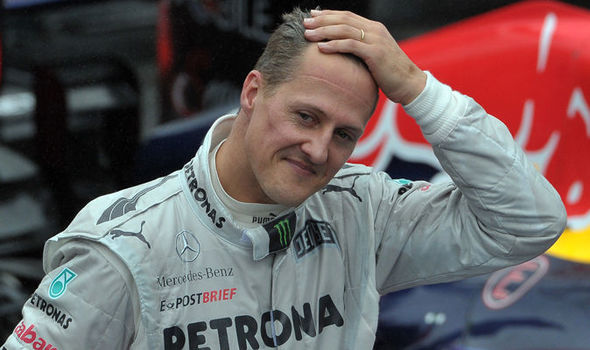 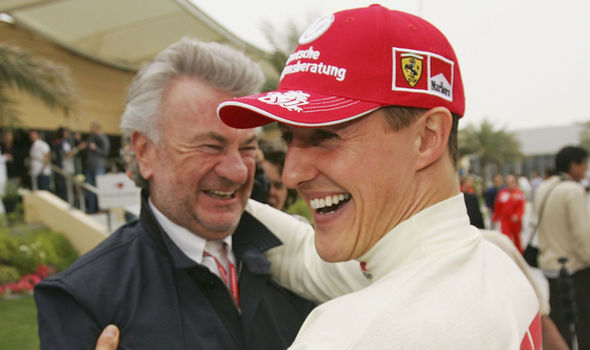 He was eventually being moved to a rehabilitation ward when he regained consciousness in June 2014.

He was subsequently moved to the family home near Lake Geneva in Switzerland, where he gets round-the-clock treatment from a team of specialists.

However, in March, they made a rare public statement in which they expressed their gratitude for the support they had received. 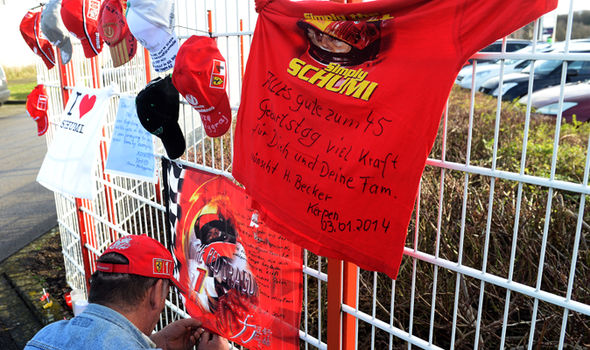 Mrs Kehm added: “What can be said is that the family really appreciates the empathy of the fans.

“The people really do see and understand (his health situation) is not to be shared in the public eye.”

On a Formula 1 track near Barcelona earlier the year, a red flag was flown above a grandstand facing Ferrari’s garage reading MICHAEL FOREVER – in recognition of his five titles with them between 2000 and 2004.

A poll by the Wheels24 website suggested that 58 per cent of his fans would “like to know it he’s okay”.

The German quit F1 in 2006 after finishing second to Fernando Alonso by only 13 points in a bid for an eighth title.

He came out of retirement in 2010, this time driving for Mercedes, retiring for a second time two years later