Skip to content
F1 legend Michael Schumacher’s health has been one of the most intrigued cases lately because ever since his accident, no one publicly knew about his progress. Thus, there have been speculations that his family may be hiding him from the public for a reason. 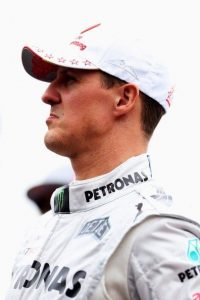 Michael Schumacher’s Health Kept Under The Wraps; Had To Be Disclosed For Lawsuit Filed

Ever since F1 legend Michael Schumacher met his skiing accident which led him to a full bod paralysis, his family has always been mum about his current condition. They prefer not to give anyone any updates about Michael, especially those belonging in the media. The only people who know about his condition other than his family are his closest friends. Nevertheless, they respect his family’s decision to keep his condition away from the public’s knowledge.

However, his fans can’t help but ask continuously and hope that they be informed as well since they are genuinely concerned of his health. They are keeping his condition under the wraps so much that they filed a lawsuit against a German publication that have allegedly confirmed Michael could walk again. After that, the Schumacher family had to disclose his current condition for the proceeding of the lawsuit. In line with that, fans of the Michael Schumacher are now speculating that his condition is much worse than what they are led to believe, and wouldn’t want to give nay false hopes to any more than those who already have.

Even though there are continuous rumors about Michael’s condition getting better, claiming that he could walk again, it is best to take those allegations lightly. There hasn’t been any significant update on his health claiming that he is getting better, but he is alive and fighting which is what gives his family hope in the first place. Despite his current possible vegetable stage, he still fighting like hell for his life and the prayers of the fans are definitely a great help for Michael and his family. Thus, their privacy is very much respected.