Formula 2 driver Mick Schumacher admits there are downsides to following in the footsteps of his seven-times world champion father Michael.

The 19-year-old, who joined the Ferrari Driver Academy earlier this month, has made few public remarks on the legacy of his father, who was seriously injured in a skiing accident five years ago.“I am happy to be the son of the greatest F1 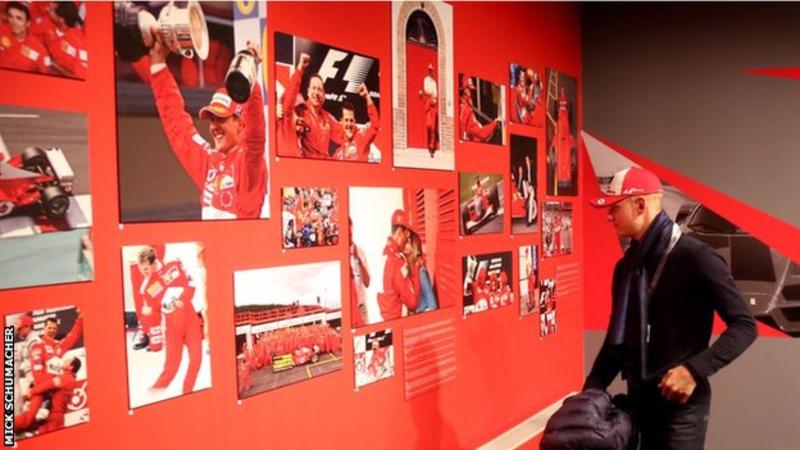 “And even if sometimes it can be a bit difficult, it is what it is. There are good sides to it and there are bad sides.

“Having the support I have from a lot of people all over the world can’t be a bad thing. I am thankful for that.”

Last year Schumacher scored won first single-seater championship in European Formula Three. He described how his father once asked him if he wanted to pursue a professional racing career.

“Racing and karting is quite a normal thing in my family and I always loved to go karting with my father. It was big fun sharing that with him and I remember him asking one day if this would be a hobby for me or if I wanted to do it as a professional.

“I told him straight away I wanted to do it professionally. I never wanted to do anything else.”Schumacher took until the mid-way point of last year’s F3 season to score his first win in the category. After that a string of victories put him on course for a comfortable championship victory.

“It started in Spa and then in Nurburgring, where I won all three races, it was clear that the title was in reach. In hindsight it may sound strange, but throughout the season I never thought the title was out of sight, I was always convinced that it was still possible to win it.

“We had the pace, but there always seemed to be something that didn’t go right, but I firmly believed we would sort that out.”