Skip to content
It was the third race in a row where Rossi has failed to finish.

Vinales, meanwhile, secured a memorable win after successfully fending off Marc Marquez.Valentino Rossi and Maverick Vinales are team-mates at Yamaha”

The Spaniard insists the balance of power is not shifting at Yamaha, though.

“It’s not like I’m number 1,” he told Spanish daily Marca.

“Valentino is very big, you can never rule it out, maybe Sachsenring arrives and he wins, Valentino is one of the best in the world so I do not feel like number 1. I work hard and I try to give better of me.”

Marquez has been in dominant form this season, but the Honda is not well suited to Assen’s layout.

Vinales admits he was waiting for a final push from the Catalan, though.

“I was looking forward to a final duel,” he added. “I had prepared the fourth sector very well.

“I knew that if it came with him, we are both good coaches, so it would have been a spectacle, but a lot better, with less tension. 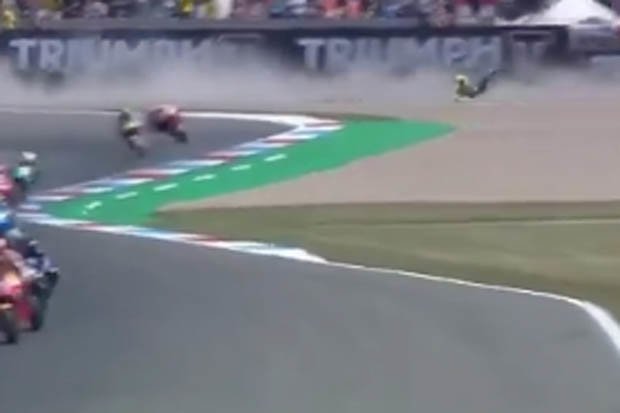 Valentino Rossi is ready to bounce back in Germany (Pic: GETTY)

“Since after Mugello they have changed four or five things that have improved much the bike and in Montmelo I already felt with a good potential.”

Rossi, meanwhile, warned he’d be a serious force once again in Germany.

“Today we modified the bike and for the race I was good, I was already a lot faster than in practice,” said Rossi.

“So it’s good to have the Sachsenring next week, because it looks like that we find something to be a bit more competitive. We will see in Germany.”