Lorenzo broke the small but notoriously slow-to-heal scaphoid bone during a training fall just outside of Verona, Italy.

According to Repsol Honda, ‘Lorenzo elected to have surgery’ which took place today (Monday) and involved ‘a titanium screw inserted via a minimally invasive technique’. 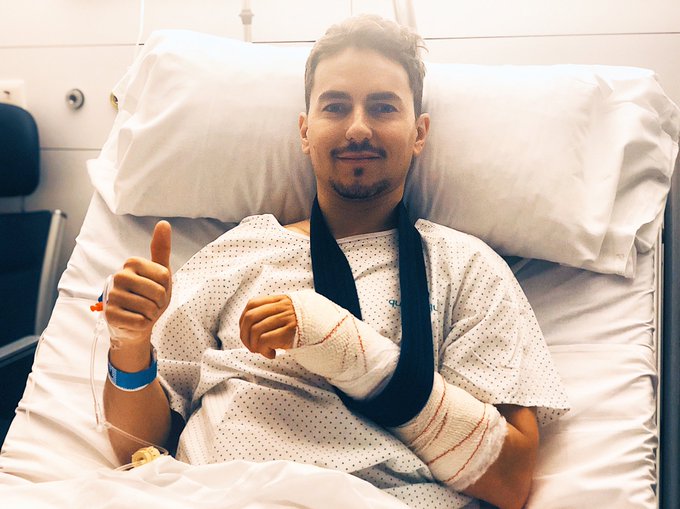 The Spaniard will remain in hospital for 24 hours before attending the team’s 2019 launch in Madrid on Wednesday. Physiotherapy can begin after four days.

However, ‘due to the nature of the injury, Jorge Lorenzo and the Repsol Honda Team have elected for Lorenzo to miss the Sepang Test’.

That leaves only the second and final pre-season test, in Qatar from February 23-25, before Lorenzo’s Honda debut at the season-opening night race on March 10.

The former Ducati rider missed four of the last five rounds of 2018 after suffering a crack to the radius bone of the same left wrist, when he was thrown off by a technical problem during practice at Buriram.

And with LCR’s Cal Crutchlow still healing from last season’s serious foot injuries, team-mate Takaaki Nakagami is currently the only fully fit Honda MotoGP rider. Crutchlow is aiming to ride at Sepang, which would be his first laps since Phillip Island in October.

A victory for Honda would make Lorenzo only the fifth rider in history to win premier-class races for three different manufacturers, after Mike Hailwood, Randy Mamola, Eddie Lawson and Loris Capirossi.