Skip to content
Bugatti stunned the automotive world last fall by announcing it cracked the 300-mph barrier with a special Chiron variant referred to as the Chiron Super Sport 300+.The speed reached was 304.77 mph, which was achieved at Volkswagen Group’s Ehra Lessien test track in Germany and regarded as the highest speed for a production car. 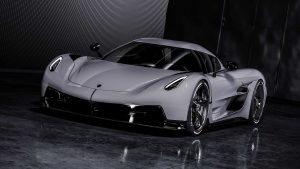 The previous highest speed was the 277.9 mph achieved by a Koenigsegg Agera RS on a stretch of Nevada highway back in 2017.

Now, Koenigsegg has a new version of its Jesko hypercar called the Jesko Absolut that has been developed with one goal in mind: top speed. As a result, the car’s aerodynamic setup is aimed at minimizing drag, with Koenigsegg claiming the coefficient of drag is a low 0.278 Cd.

One measure is the removal of the Jesko’s rear wing, with a pair of fins added instead to aid stability. The downside is that downforce has been reduced from a normal 3,000 pounds at speed to just 330 lb.

Other changes include the removal of the front splitter and side winglets, the addition of smoother panels on the body, and the stretching of the tail section by about 3.35 inches for better airflow. The final touch is the addition of dish-style wheels that are also said to be better for airflow. 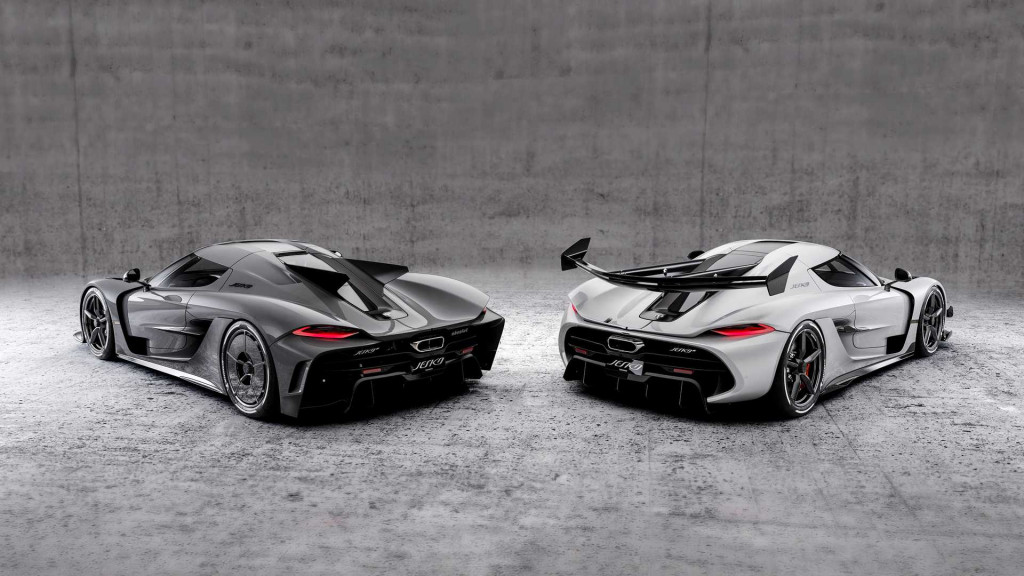 Coupled with a 1,600-horsepower output from the Jesko’s 5.0-liter twin-turbocharged V-8, when running on E85, the new Jesko Absolut should be faster than any production car before it, including the Bugatti, according to Koenigsegg. Previous rumors have hinted at an internal goal at Koenigsegg of 500 kph, or 310.68 mph.

Interestingly, Koenigsegg has stated that the company won’t attempt to build a faster car than the Jesko Absolut—ever. It means future owners will never have to worry about losing their bragging right of having Koenigsegg’s fastest car. Don’t worry if you’ve already ordered the standard Jesko. Koenigsegg is giving buyers the option to choose the version they want.

Alongside the Jesko, Koenigsegg also unveiled a new hybrid model called the Gemera. It’s the first model from the Swedish brand with four seats.