Sebastien Ogier says winning the 2017 World Rally Championship title with privateer outfit M-Sport has brought him more recognition than any of the four he scored with Volkswagen Motorsport. 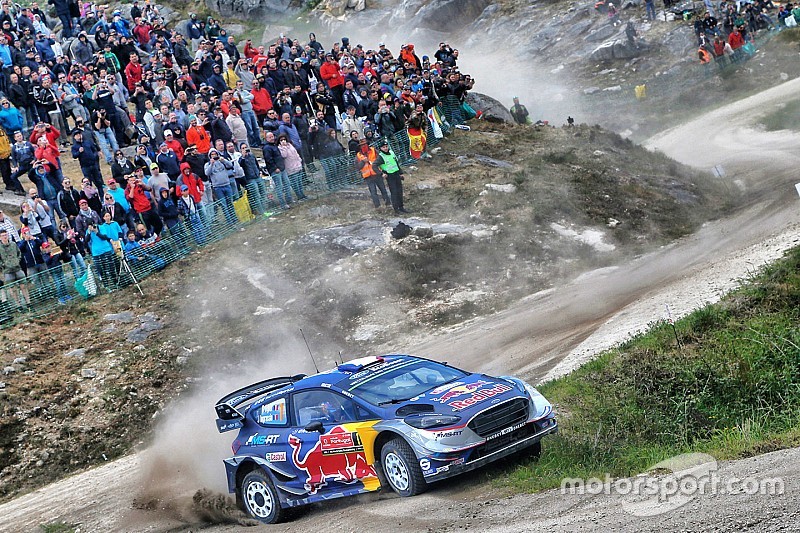 Though Ogier underlined that all five of his WRC crowns meant an equal amount to him personally, he said the underdog nature of his 2017 achievement had prompted a different reaction to his VW successes.

“It’s very satisfying to be able to win in this condition,” said Ogier. “You never achieve these things alone, you need a big team around you.

“Often people think it’s easy to win with the best team. It’s not easy even if you have the best car and the best team, you still have to do your job.

“But it’s even harder if you start with the smallest team and the smallest budget. That makes the challenge even bigger so I guess we got more recognition winning this way and that makes it very satisfying.”

All four WRC manufacturers – M-Sport Ford, Hyundai, Citroen and Toyota – won rallies in 2017, with the victories shared between seven drivers.

“[The competition] is nice, the fans love to see every team winning,” Ogier said.

“It’s what I always say, the best sports are the sports that you can’t predict in advance.

“Before each rally it’s impossible to say who’s going to win. This is what I love from MotoGP races and it’s great that rallying is the same.”

But despite the WRC’s increased competitiveness, Ogier and Sebastien Loeb’s title runs mean 2018 will be the 14th season in succession where a Frenchman is defending the championship.

“Sometimes I have the feeling French people don’t realise this and it becomes normal that the French are winning, but this is definitely an exceptional period.

“And, of course, as long as we are here, it is our plan to make it last a bit longer.”