MADS ØSTBERG ADMITTED THE TRANSITION FROM CITROËN’S C3 WORLD RALLY CAR TO THE R5 VERSION PROVED TOUGHER THAN HE THOUGHT AT RALLY SWEDEN LAST WEEKEND.The Norwegian won WRC 2 Pro on his category debut but was uncomfortable throughout the four-day snow and ice event as he felt he exceeded his and the car’s limitations in search of more speed.

“I was outside of myself and over the limit of what’s possible with the car and still we had no chance. I understand we would be in the snowbank if I went like that on the whole rally. I had to use the brain and slow down, but I can tell you we had some pretty big moments,” he said. 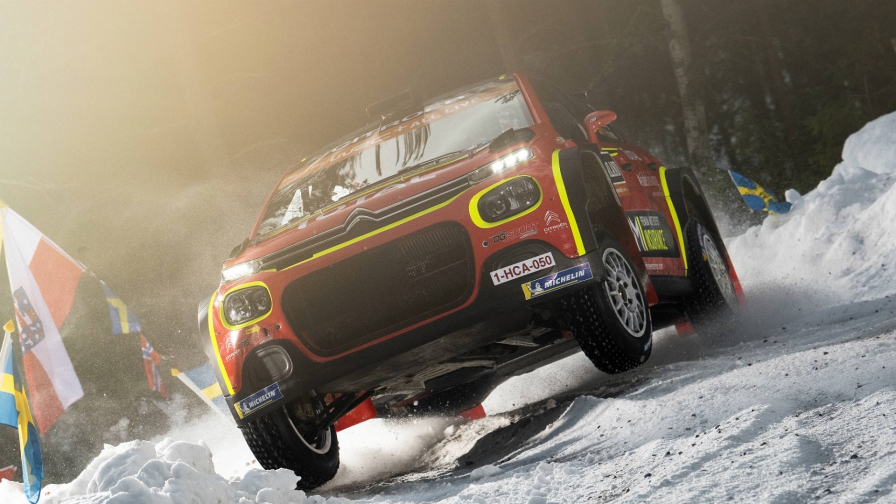 “It was a bigger step than I thought to go from the World Rally Car to the R5. It was a big, big challenge and to run on the first event as a snow event with the C3 R5 was a huge challenge.”

Østberg has stepped back to WRC 2 Pro this season in a bid to reignite his career after driving World Rally Cars since 2006. Despite two podiums with Citroën in the second half of last season, he was unable to tie down a World Rally Car deal for 2019.

His next WRC outing is at Rally Argentina (25 – 28 April) and the 31-year-old acknowledged more preparation would be required ahead of the gravel encounter.

“This was quite stressful but we ran steadily for a rally with no dramas and in the end the result is really strong. It’s positive for Citroën and for us to achieve this result even with the difficulties. For sure we need go home and work to come back fighting stronger,” he added.